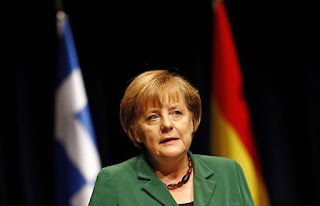 Writes George Eugenides
The ability of the German Chancellor to exceed the difficulties, both at national and party level, is remarkable. So, in the congress of the CDU in Karlsruhe, Merkel took the much needed approval of her party on the immigration policy which follows it, even if he was forced to commit itself to a clear reduction of refugee flows, thus avoiding to refer to “threshold” for the refugees. And all this, at a time when the rest of the parties in Germany are still seeking their gait. So, making an opening in the conservative wing of the party, mrs Merkel is ready for everything and, of course, and for a fourth term of office in the Chancellery, if you ultimately decide.
The Christian democrats do not face the same problems as their opponents. Many may ÎµÎ¾ÏÏ†Î±Î¹Î½Î±Î½ various scenarios in previous months, but the Chancellor has managed again to pass with a sufficiently satisfactory extent a test of political survival for the same, and probably the most difficult of her political career.
At a conference of the CDU confirmed the leading position of Merkel and managed, moreover, to get the approval of the party to the policy and aspects of concern us directly. Mrs Merkel has managed to mitigate the objections of the conservative wing of the party and at the same time not to suffer a strategic defeat, with a wording in the text of conclusions of the conference, which recognized the need for “a perceptible reduction of refugee flows”, but avoided to put a clear limit, a ceiling, and did not urge the prime minister of Bavaria and CSU chairman Horst Î–ÎµÎµÏ‡Î¿Ï†ÎµÏ. At the same time, made and opening in the conservative wing of her party in this way, while he also congratulated and Wolfgang Schaeuble for the way it managed the crisis with Greece
With the present data in Germany, if mrs. Merkel managed to avoid a new severe turbulence for the party, it will be in an ideal position to claim a fourth term of office in the Chancellery. After all, Germany is perhaps the only country in Europe where the ends are not mainstream, with the xenophobic Alternative for Germany has strengthened, but not manages to catch a double-digit rate in the measurements, remaining at around 8.5%. The German people gravitate to the political centre, encouraged by the positive economic climate, but clearly worried about the evolution of the refugee crisis, which could be tried seriously the cohesion of the German the next time. All this, combined with the absence of an internal opponent (in the CDU has not yet erupted, the star of this/of one who could be the successor to mrs Merkel), show that the road to a fourth term of office in the Chancellor’s office may not be paved with rose petals, but the Chancellor has the makings for a walk.
Besides, playing a little to long without a rival. And to borrow a phrase: “there is no alternative”.
Source