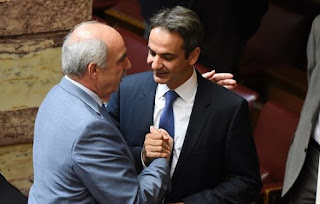 Meeting in the House would have been at 17.30 in the afternoon of Thursday, the president of New Democracy Kyriakos Mitsotakis and the former chairman of the party Evangelos Meimarakis.
The two men spoke by phone on Wednesday, and according to information they had and other telephone communications from 10 January, when it was held the second round of the elections for the leadership of the South.D.