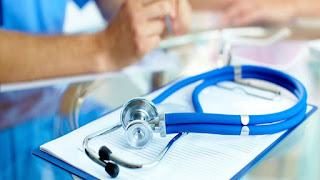 Read the announcement: “a meeting was Held on 21-01-2016 after…
invitation of the President of EOPYY, mr. ÎœÏ€ÎµÏÏƒÎ¯Î¼Î·, with members of the BOARD of directors of ENI-EOPYY, with the aim of starting consultation for new contracts.
The initiative of the new President of the EOPYY is considered as very positive and constructive with the aim to define a stable framework for the Agency’s operation, while avoiding the ambiguities of the past that have created serious inequities in the number of contracted physicians and significant wounds in the smooth operation of EOPYY.
The Agency issued a formal notice of payment for visits to the third quarter of 2015 within the next few days, and then, finalize the other two months will be paid in February. For the payment of the 10% that is pending as of 2012, we were informed that there were objective difficulties clearing and financing, and that it is soon to be made a political decision of the way of a final settlement of all Î»Î·Î¾Î¹Ï€ÏÎ¿Î¸Î­ÏƒÎ¼Ï‰Î½ arrears of EOPYY pending since 2010, including the remaining 10%, with a repayment plan of the next loan tranche to the country.
For the medical and laboratory examinations, is not provided for other payment of the year 2015 due to clawback rebate with an expenditure of diagnostic tests that ranged in the 530-540 million. The payment of January 2016 will be held in March.
Due to the fact that there is a memorandum pressure for further Ï…Ï€Î¿ÎºÎ¿ÏƒÏ„Î¿Î»ÏŒÎ³Î·ÏƒÎ· of the tests at 68%, which is well below the cost of the proper conduct of multiple analyses, the Agency shall, in intensive meetings, will proceed directly into cost estimation and decision-making about the rational management of prescriptions, in order to limit the total diagnostic charge with a more equitable pricing policy that guarantees the quality assurance of services and the limitation of the physician-induced demand.
During the meeting tabled the basic principles of the Union as regards the context of contracts under plan C. for the PHC, with remuneration in practice and the case, opening-up of contracts for young doctors and flexible proposal for the redistribution of cap visits on request â€“ a statement of the account of a physician. Also discussed were measures for the prevention, control and resolution of problems and distortions in the service of the insured.
ENI-EOPYY ÎµÏ€Î¹Ï†Ï…Î»Î¬Ï‡Ï„Î·ÎºÎµ to draw up a memorandum with more detailed proposals for the design of a flexible and functional framework for the operation.
After a request has been submitted for participation of the Union in the Administrative Board of the Agency, the President took a positive, although it is the responsibility of the Ministry of Health.
With regard to the arrears and debt of 10%, the BOARD of directors of ENI-EOPYY has already decided to launch a legal action, with a collection of tenders from law firms to find the most economical proposal, pending at the same time and the formal commitments of the state.
Evaluating as positive the written commitment for the payment schedule and the closer cooperation of the Union with the new Management of EOPYY, which can lay the foundations for a more rational functioning of the private PHC, the Governing Council decided by majority to suspend the planned retention of work from 25/01/2016, as a token of recognition of the actual will of the new President and the new administration to streamline the operating framework of the Agency, helping to create a more stable field of creative collaboration with their contracted physicians.
For the Board of directors
The President, The Secretary-General
Anna ÎœÎ±ÏƒÏ„Î¿ÏÎ¬ÎºÎ¿Ï… Christos Lift”