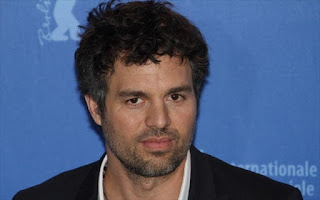 Will star in place of John Turturro in the uploading of the work of Arthur Miller, “The Price”…
Eleven years have passed since the three academy award nominee Mark Ruffalo went up for the last time on Broadway, having the leading role in the play “Awake and Sing!”. The next February, will return to the scene and in the famous theater of New York, and with one of the nicest and less elevated works of Arthur Miller, “The Price”.
In the catharsis instructions Terry Kinney, will play the Victor Franz, who returns three decades later, in the family home to sell what is left. He fights with his past and the difficult childhood years, when it was forced to abandon his dream of an education for the sake of his father and the family fortune was lost with the american crash of â€™29.
It is basically a drama that speaks of the moment when someone is experiencing a dilemma between the personal good and that of his family and of course for the price of every personal decision in later life.
On the side of Ruffalo, who will replace John Turturro, who withdrew from the project due to film commitments, will be found the Tony Shalhoub, Jessica Hecht and Danny DeVito.
“The Price” will premiere February 16 at the American Airlines Theatre in a production of the Roundabout Theatre Company.
It is worth noting that “The Price” was presented in 2014 and was repeated a year later at the State Theatre of Northern Greece, directed by Î†ÏƒÏ€Î±Ï‚ Kalliani with Stavros Î–Î±Î»Î¼Î¬ and Christos Î£Î¹Î¼Î±ÏÎ´Î¬Î½Î· to starring among others.
Source