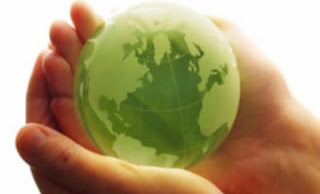 Up to 175 million more people will be brought to the… malnutrition in the world, if it continues unchecked climate change, according to a report by the ministry of Agriculture of the United States.
Apart from the disruption of food production in many regions of the planet, climate change is expected to lead to a general increase in the price of food, the report says.
As they have been verified and previous investigations, the effects of global warming are expected to affect more the poor populations and the tropical areas, while the agricultural activities in the colder regions of higher latitude will benefit temporarily by 2050.
If greenhouse gas emissions aren’t significantly reduced, then the average temperature will increase by about 4 degrees Celsius above pre-industrial levels, and the report estimates that 175 million people in addition to will be malnourished by 2080.
Already today, it is estimated that hunger affects about 795 million people, according to United Nations figures.
The situation will worsen by the expected increase of the world population to 9 billion in 2050, although in the last six years the number of people in a state of food security decreased by two hundred million.
The effects of temperature increase include a reduction in water availability and changes in rainfall affect food production, as well as sea level rise.
Food insecurity has become a key issue in the summit that takes place these days in Paris, with the experts reveal that the planet has lost one third of arable land over the past 40 years, due to corrosion and pollution.