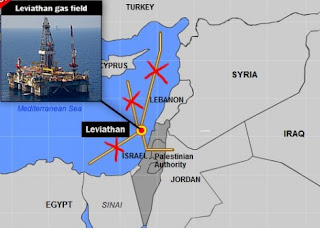 Although she keeps it a secret, the Israeli prime minister Netanyahu was forced to abandon his plans on the pipeline…
who via Turkey will carry israeli natural gas to european markets. This happened because you reacted to France and Germany, supports the well-known israeli website DEBKA.
The plans for expansion of the scope to raise the deposit “Leviathan” also froze. If and to search for alternative markets in addition to the small markets of Egypt, Jordan and the Palestinian Authority, have not been found, supports the website.
The franco-German reaction had to do with the conversion of Europeans against Turkey and president Erdogan. The Europeans don’t want a lot of relationships with him, let alone to depend on energy from him, especially after the events of the coup d’Ã©tat of 15 July.
According to the website, the Europeans set off to Erdogan for the “liberation” of migration-refugee flows to Europe, the persecution of the Kurds and end the approach of Russia and the parallel detachment of NATO. France and Germany made it clear to Israel that are not going to buy israeli gas if that pass from Turkey.
Also the pipeline of Israel – Turkey would have to pass by the cypriot EEZ, something that Nicosia does not allow if this does not resolve the Cyprus problem, while there are serious technical issues, the overcoming of which will cost much more than originally calculated, and neither Israel, nor Turkey seem willing to bear the cost.
At the end of September the Jordanian NEPCO signed a contract of eur 10 billion. dollars for the purchase of 45 billion. cubic gas israeli gas for the next 15 years. All of this leads to the conclusion that Israel will decide in December, finally, on the financing and the extension of the “Leviathan” and the pipeline through Turkey.
On the other hand, there are of course obstacles to the creation of a pipeline through the sea, but there is the policy. Cairo has recently informed the Jerusalem that does not want the pipeline via Turkey and wants the gas to be transported through Cyprus so as not to strengthen the Muslim Brotherhood of Egypt, writes the DEBKA.
With all these developments, the adventure of the israeli natural gas is in the air. Need extra 6 billion. dollars for the use of the “Leviathan”. Investors, however, comply with distances as long as Israel fails to win an important contract of sale.
Although the foreign exchange reserves of Israel are estimated at 90 billion. dollars the Netanyahu government doesn’t want to use money from this source for investments in the “Leviathan” without a guarantee that you will get the money back.