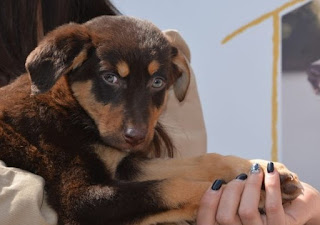 Eleni Iliopoulou
The Legal Council of State opinion no. 107/2016 ruled â€“ in response to a question of…
Ministry of Rural Development and Food (MINISTRY of.A.A.Sq.) if the breeders of pet animals, dealers, pet, animal trainers pet you just have to notify or to obtain a license to practice â€“ that one can not breed pets until adopted, the Common Ministerial Decision (Îš.Y.A.) which will regulate the issues of licensing of professionals about this, and virtually all breeders are illegal since February 2012 that the law 4039/2012.
Outlaws all breeders and trainers of animals!
Outlaws are in accordance with the relevant opinion, and all the animal trainers (but not traders as it applies to these other legal status), as well as for them, have set the conditions of exercising the profession, as well as the relative K.Y.A. has not been issued for 5 years, although the law 4039/2012 leave a margin of six months for the issuance of the relevant common ministerial decisions will regulate these issues.
Now in accordance with the rationale, Legal Council of State is illegal to rearing a pet animal or from breeders who were licensed before February 2012 or after, as well as illegally the services of the MINISTRY.A.A.T. give licences for the exercise of those professions according to the law 3170/2003, which, however, has been removed from the 4039/2012.
H illegal animal breeding is evolving on a regular scourge and leads to the degradation of mainly dogs and cats and increase the population of stray…
Now up to issue the necessary decrees are illegal, and any kind of litters from owned pets that we have in our house, since the absence of a regulatory framework, which indicate the conditions (facilities, conditions, square footage, personnel, etc.k.) can’t distinguish between individuals and breeders.
The rationale of the opinion of the Legal Council of State, signed by the president and president-in-office Avgerinos Chrysoula and the rapporteur and draftsman for Dimitrios ÎšÎ±Î½Î­Î»Î»Î·Ï‚, is clearly correct as it is based on what is stipulated in the legislation, and the responsibility for the non-issuance of Common Ministerial Decisions lies with the competent ministries.

Basically illegal is and all the adverts selling cats and dogs.
Up to now has not been known if the DEPARTMENT of.A.A.T. has accepted this opinion. If it does bind then the whole of the public administration, otherwise the relevant matters (for illegal breeding, non-licensing.k.) judged on the part of the criminal courts.