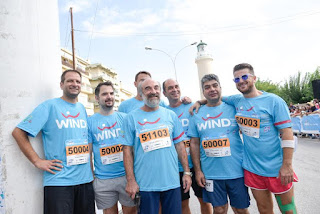 After the successful editions of RUN GREECE, and the ÎŸÏÏ†Î¹ÎºÎ®Ï‚ meeting track, which…
they have become an institution for the Alex/city’s new large athletics events and roads are preparing for the 2016.
On March 6, planned race on the seaside, with charity, while with frontman of the National, co-organiser, the Municipality of Alex/polis, and the auspices of the Î‘Î½Ï„Î¹Ï€ÎµÏÎ¹Ï†Î­ÏÎµÎ¹Î±Ï‚ Evros, Alex/city claim the National championship junior boys-Cadet (up to 15 years) in Alex/poli (16-17 July).
We remind that this year the Orphic Meeting with international participations will take place on 26 March, while the Run-Greece on 25 September 2016.