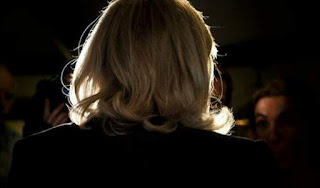 Lead the National Front of Marine le pen…
in the first round of regional elections, showing the first exit poll results put forward by the French tv a few minutes after the closure of the ballot boxes.
In particular, the exit polls give the National Front from 27,5% to 30%. The following are the Republicans of Nicolas Sarkozy with an average of 27,5%, and the third the Socialist party of Francois Hollande with 22%.
According to different ÎµÎºÏ„Î¹Î¼Î®ÏƒÎµÎ¹Ï‚Î¹Î½ÏƒÏ„Î¹Ï„Î¿ÏÏ„Ï‰Î½ polls, the far-right National Front of France comes first in at least 6 of the 13 regions of France, while recording the drop across the rates in three key areas: In the north, in the region of Nord-Pas-de-Calais-Picardie (Nord-Pas-de-Calais-Picardie region), where candidate is the chairman of Marine le pen, in south-eastern France, in the region of Provence-Alps-cote d’azur (Provence-Alpes-Cote d’azur, PACA) , where the head of the list is her niece Marion MarÃ©chal le pen, and in the east of France, in the region of Alsace-Champagne-Ardenne-Lorraine (Alsace-Champagne-Ardennes-Lorraine), where the head of the list is headed by the head of strategy of the party Florian Î¦Î¹Î»Î¹Ï€ÏŒ.
Sarkozy: there will be No alliance with the Left against the National Front in the second round
The leader of the party “The Republicans”, Nicolas Sarkozy said that there will be no collaborations, withdrawal of candidates or tactical alliances with the left to counter the rise of the extreme right during the second round of the regional elections.
At the same time, the former president of France said that the French voters will not receive a response to the fears and anxieties of voting for the far-right National Front.