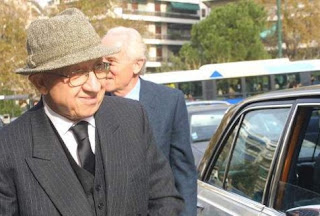 Shock in the world of business has caused by Sunday afternoon, the news of the suicide of Kyriakos Mamidakis in the villa of Dionysos, Attica…
Next to the 84-year-old entrepreneur and owner of Mamidoil Jetoil was found a revolver with the information to indicate that it bears a single wound, the deadly. The 84-year-old found dead by the housekeeper, who in turn inform the next of kin.
At the same time, an inquiry from the Security Î’Î¿ÏÎµÎ¹Î±Î½Î±Ï„Î¿Î»Î¹ÎºÎ®Ï‚ Attica, is performed for the death, which is attributed officially to suicide. The coroner who examined the body of the 84Ï‡ÏÎ¿Î½Î¿Ï… ruled out criminal action, as well as all the evidence confirms the version of suicide. Besides, earlier it was to be an investigation by a competent step to all the villa for any findings.
Kyriakos ÎœÎ±Î¼Î¹Î¼Î¬ÎºÎ·Ï‚ shot himself in the left temple with a revolver which he held legally, in his home office, on the street Achilleos to Dionysus. Initially, the 84Ï‡ÏÎ¿Î½Î¿Ï‚ shot once with the gun on the wall of his office to check if it works and then turned the gun on his head where he committed suicide.
Businessman found dead the household assistant, a citizen of the Philippines, who, as he said, he heard two gunshots and when he ran to the office, beheld the tragic sight. She immediately son-in-law’s suicide, where he lives on the ground floor of the villa, and who in turn alerted the Police.
From the research done in the house found a note that explains the reasons for the suicide, but the cops don’t have a doubt that is related to the negative developments in the Îœamidoil Jetoil.
The problems of Îœamidoil Jetoil
Mamidoil Jetoil is a purely Greek family business. Founded in the late 60s by three brothers, Kyriakos, Giorgos and Nikos Mamidakis, for the purpose of storage, transportation and marketing of petroleum products in Greece and in the Balkans.
The news that the company “Mamidoil”, interests of the Mamidakis family, testified on June 9 application for membership of the Ï€ÏÎ¿Ï€Ï„Ï‰Ï‡ÎµÏ…Ï„Î¹ÎºÎ® procedure referred to in article 99 of the Court of first instance of Athens exploded like a bomb in the market, the time that is open in the front in the market of retail with the case of Marinopoulos.
The discussion of the application of the company is set to be discussed in November, while according to information the total exposure of Mamidoil amounts to 340 million. euro.
From 2014, in accordance with the balance sheet of Mamidoil there are arrears on a bond loan of 107 million. euro for which the company had not gone into an arrangement or agreement refinancing. As they say market players, after unsuccessful negotiations with the banks, the company started the procedures to protect itself from their creditors, while expired and many letters.
The problems of the company for the last time, he was well-known in the market of petroleum products and the last time he had started a series of legal procedures in order to protect itself from its creditors. On the market the fuel company, has arrived to be the third force in the market, with a share of 8.5%, with a network of 600 stations, with five subsidiaries in the Balkans. At the same time the family was active in shipping, trading of cars, hotels, multiplexes, production and standardization of olive oil and wine. 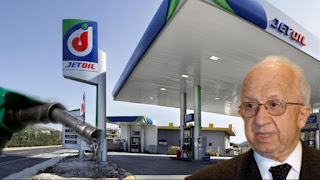 According to latest information, Kyriakos From the found…Read more “