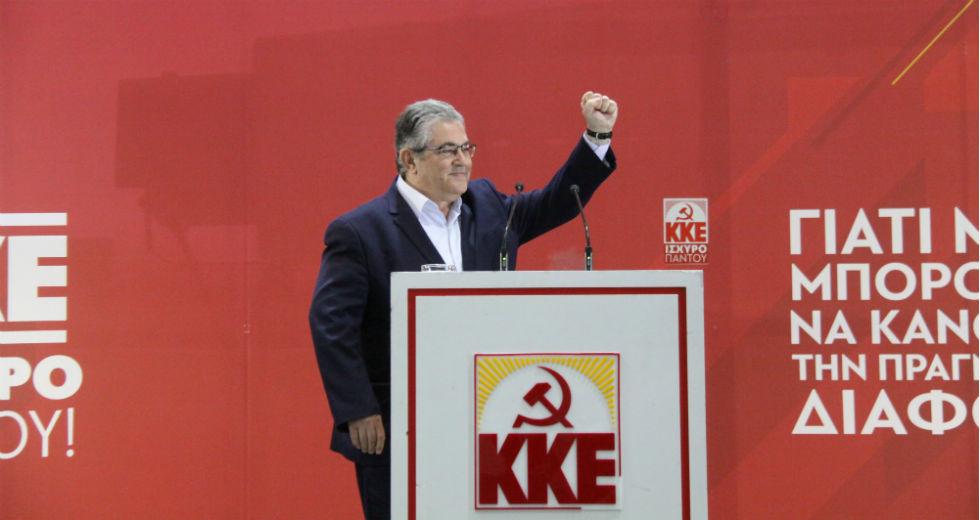 Mr. Koutsoubas harshly criticized the government and commented that “instead of dealing with how the schools will open safely in September”, you are dealing with “how to put new class barriers” in the school.

He accused the government of paving the way for “a ticket to school activities”. “Shame on you!” He noted and warned that “the children of the Greek people will not become fuel for your plans, for the appetites of the OECD and BSE.”

As for the 11.700 new appointments in education, for the KKE “these appointments are only 20% of the vacancies and September is coming and will come again with too many problems and many vacancies”.

At the same time, the General Secretary of the KKE referred to the vaccination campaign for the new generation, noting that “the most dangerous thing is that vaccination becomes a bargaining chip” regarding the government’s incentives for young people.

“You ladies and gentlemen of SYRIZA did not make the Lyceum a more psychologically devastating examination center?” he wondered and reminded that “the Ministry of Education under SYRIZA did not say that universities should determine the profile of those admitted? Mrs. Kerameos also congratulated you for recognizing them because it was also an EU directive “.