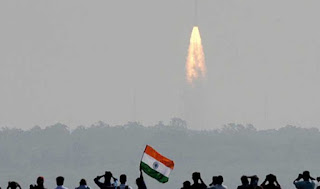 The ministry of science…
Israel announced on Wednesday, among the 104 satellites that catapulted India in a single expedition, included two Î½Î±Î½Î¿Î´Î¿ÏÏ…Ï†ÏŒÏÎ¿Î¹.
The Î½Î±Î½Î¿Î´Î¿ÏÏ…Ï†ÏŒÏÎ¿Î¹ size as a carton of milk, “they entered orbit at a height of 500 km, a few minutes after the launch,” said Libby Oz, a representative of the ministry of Science.
According to the minister Ophir Î‘ÎºÎ¿ÏÎ½Î¹Ï‚, the satellites were designed to “help an advanced medical and environmental research for the benefit of all mankind”
The Î½Î±Î½Î¿Î´Î¿ÏÏ…Ï†ÏŒÏÎ¿Ï‚ with the name BUGAST built by the Israeli Aerospace Industry and the University of Ben Gurion in southern Israel.
Carry cameras and other equipment that will record climate changes.
The other Î½Î±Î½Î¿Î´Î¿ÏÏ…Ï†ÏŒÏÎ¿Ï‚ constructed by the SpacePharam Inc. based in Israel and carries a laboratory that is controlled by the earth through the application.
“The data will be transmitted back to the earth, and the researchers will be able to see and to control experiments in real-time through their smartphones,” said Oz.
The experiments were designed to explore the effects of microgravity on various materials.