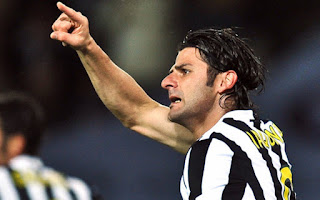 A trial will be over 140 people, which after extensive research it was revealed that associated with the Ndrangheta, one of the strongest mafias of Italy. Among them will be located and Vincenzo Î™Î±ÎºÎ¿Ï…Î¯Î½Ï„Î±.
The former football player of Juventus is accused of possession of illegal weapons which were intended for the aid of the Ndrangheta. Heavier charges faced by the father of the Î™Î±ÎºÎ¿Ï…Î¯Î½Ï„Î±, Giuseppe, according to statements by the family’s attorney, Carlo Taormina.
The court of Bologna issued a summons on allegations of aiding or participating as members of the most powerful organised crime network in Italy, with the first hearing to be held on 23 March 2016.
The Ndrangheta is based in Calabria, with over 10 years of action in the introduction of drugs in Europe.America.