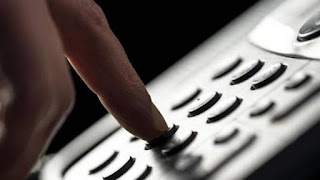 An incredible scam they attempted to set up a coil rogue at the expense of a 70Ï‡ÏÎ¿Î½Î·Ï‚ women in Patras…
As informed the tempo24.en, the woman who lives in the street of Evia, he received a phone call from another woman who said a police officer. The Î´ÏÎ¬ÏƒÏ„Î¹Î´Î± announced over the phone that her daughter caused a fatal accident and suggested that in order to avoid the criminal consequences to give the amount of 30,000 euros in order to “put the hand” and turn in the papers the cause of death of the victim of the crash. So to subscribe to the bulletin of events that the death of a person not caused by the accident, but it was…sudden.
The police “monkey” to be persuasive towards the potential victim, and an accomplice, another woman who played the daughter and shouted from next to her in the 70-year-old to give directly the money.
Finally, the 70Ï‡ÏÏ„Î¿Î½Î· convinced, but he told police he had only 2,000 euros, which they agreed to engage at a predetermined point to pick up a man.
The date, however as soon as the accomplice of an impostor arrived at the point, the 70-year-old was intrigued, because found from the characteristics of the that he was a foreigner. She started yelling and calling for help, with the result that some time later the offender to ÏƒÏ…Î»Î·Ï†Î¸ÎµÎ¯ by police officers.
It turned out it was Bulgarian while the Police are looking for the accomplices of the
Source