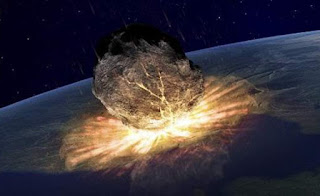 The Day an Asteroid is celebrated on 30 June. On the day of the anniversary…
the largest in the history of the impact of an asteroid on Earth, in Tunguska, Siberia, 30 June 1908.
The Day an Asteroid is aimed to remind
the world public opinion and the governments that our planet is always in the “crosshairs” celestial bodies and so it must be in a constant alert, making sure in time to have solutions for the worst-case scenario.
Hundreds of events, informative and artistic, will be held in all five continents of the world, with the participation of personalities such as the cosmologist Stephen Hawking.
As he said in view of the events, “one of the most serious threats to intelligent life in our universe is a high probability impact of an asteroid on inhabited planets”.
The astrophysicist and guitarist of the band Queen, dr Brian May, who had the initiative for the Day of Asteroid along with a few more scientists and other concerned citizens, said that “the asteroids are a natural disaster that we know how to prevent it. For this we need to have the appropriate resources in order to see, to watch the orbit and -if necessary – to divert dangerous asteroids from Earth’s orbit”.
Although this was a small asteroid with a diameter of about 40 meters, the explosion in the atmosphere above the siberian forest was equivalent to 100 tons of TNT and flattened a huge area of 800 square miles, a large, modern city.