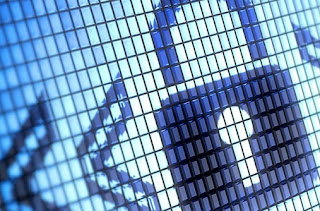 Particularly active proved to be the period of the holiday, digital criminals, who use malicious software online, able to get money or valuable…
all financial information. In the last quarter of 2016, the number of users, who were forced to cope with a corresponding incident, touched 319.000, increased by 22,49% compared with the corresponding period of 2015. According to a survey of Kaspersky Lab, the increase in the total number of attacks detected periods of Black Friday, Cyber Monday and, of course, during the Christmas season.
As explained by the researchers, the festive period is a very attractive period of time not only for the retail sector due to the increased demand for products and for consumers who are looking for great deals, but for the criminals of the digital age. The latter do not hesitate to grab every new opportunity, in order to exploit illegally the economic data of the people, at a time of the year that more users than I usually decide to spend their money online.
At the end of 2016, researchers at Kaspersky Lab have carried out a major review of the landscape of digital threats during the festive season (October, November, and December) for the last three years. The main conclusion of the analysis was that the criminals they’re trying to connect to the malicious acts with specific festive days.
Dynamics of attacks
According to the analysis of the experts of Kaspersky Lab, the festive season of 2016 is no exception. The protection technologies have detected attacks in 22,49% more users compared with the corresponding period of 2015. This means that, after a slight drop was noted in 2014, the digital criminals are investing again in the growth and spread of malicious software capable of stealing financial data like credit card details or/and confidential data connection of the user during online banking transactions.
As demonstrated by the dynamics of the attacks in November 2016, the most attractive day of the autumn/winter holidays for digital criminals was the Cyber Monday (the first Monday after Black Friday). Especially in November 2016, the protection technologies of Kaspersky Lab have detected a clear and sharp increase in the number of users who were attacked and, specifically, on November 28th (Cyber Monday), the number of users who were attacked were twice as many compared with the just previous day.
Psychology
With regard to the Black Friday and the Christmas period the pattern – according to experts of the company – was quite different, with most of the attacks occur one or two days before the exact dates of the festive days. These differences in the malicious behavior can be explained by the different nature of the holidays. In contrast to the Black Friday and Christmas, the Cyber Monday is associated entirely with online sales, so the criminals think that it makes more sense to focus their malicious campaigns in a specific date.
In order to achieve their goals, criminals use one of the 30 â€œfamiliesâ€ of banking trojans that are monitored by Kaspersky Lab. The five most prevalent of these are: Zbot, Nymaim, Shiotob, Gozi and Neurevt. The trojans that are responsible for the attacks against the 92,35% of the users during the festive period.
Control
The specialists of Kaspersky Lab recommend – as a measure of protection – the buyers who have used credit cards to buy gifts and goods during the last three months, to check systematically the information about their financial transactions in the coming months. Usually, criminals don’t start to withdraw money from stolen card details right after the theft, and often have to wait several weeks or even months, in order to have enough time to prepare for the redemption.
Source