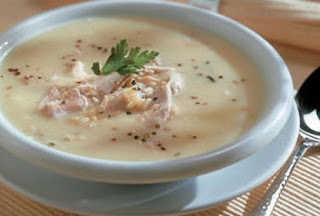 The consumption of ÎºÎ¿Ï„ÏŒÏƒÎ¿Ï…Ï€Î±Ï‚ is a common action that we do when we are sick, especially during the winter months. What it offers, ultimately, in our bodies this food and it helps us in the fight against disease?
Dr. Julian Slag from the british University of Hull presents the scientific data:
– In 1978, Marvin Sackner has produced a scientific study that showed that chicken soup provides relief to patients who experience nasal congestion.
– In 1980, Irwin Ziment has shown that the broth of the chicken helps to reduce the accumulation of mucus in the lungs, and in an even more effective if the broth contains hot spices.
– The investigation of the Ziment was confirmed in 2000 by Stephen Rennard, who argued that the chicken soup supports the action of the white blood cells against the cold, as it reduces the quantity of mucus in the lungs.