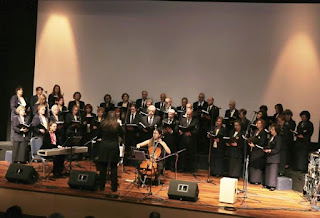 With great success was held the Christmas concert of the… Mixed Choir of Adults, and the award from the Mayor of Amaroussion mr Giorgos Î Î±Ï„Î¿ÏÎ»Î· of the students of DOUKAS School, who were distinguished for their performance in the campaign Ecomobility, winning the first Prize of Dramaturgical Expression, Tuesday, 22 December 2015,at the multiplex DAIS.
The Mayor of Amaroussion mr Giorgos Patoulis by offering my heartfelt greetings to the delegates to the celebrations of Christmas and the New Year, he spoke with warm words for the Mixed Choir of Adults, by congratulating the choristers representing worthily the Municipality of Maroussi, as well as the conductor, mrs. Olga Alexopoulou, who continues with the same zeal and devotion to the brilliant work of Terpsichore Papastefanou, who was the soul of the choir.
It also congratulated the students and the students of DOUKAS School that representing the Municipality in the competition “Ecomobility â€“ Ecological Movement” occupied the second place at a national level and won the 1st Prize of Dramaturgical Expression. “We are honored that your school is located within the administrative boundaries of the city and the discernment that gives us the power to continue the effort, so that all children can have a better future. The cooperation of the Municipality with the school is excellent and we will continue in the future to promote joint actions for the benefit of the new generation,” concluded mr. Patoulis.
Subsequently, mr. Patoulis awarded honourary commendations in the 8 students in the third Grade of junior high School who participated in the contest and, in particular, to:
Zacharopoulos Nikolaos, Î¤ÏƒÎ¹Ï„ÏƒÎ¿Ï€Î¿ÏÎ»Î¿Ï… Royal, Philip, Ioanna – Maria, Oikonomou Panagiotis, ÎÎ¹ÎºÎ¯Î´Î· Bright, Kasapi, Gabrielle, Avgoustidis George â€“ Nikiforos and Î¦Î¹Î»Î¯Ï€Î¿Ï… Î•Ï…ÏƒÏ„Î±Î¸Î¯Î±.
Also the Mayor of Amaroussion awarded by awarding a plaque to professor of Visual mr. Theodore Î§ÏÏ…ÏƒÎ¹ÎºÏŒ who had the supervision of the work and the principal of the high School mr. Anthony Î¨Ï…ÏÎ® for the coordination of the whole effort.
The Mixed Choir of Adults singing great hymns and songs of Christmas by the Greek and foreign repertoire mesmerized the audience with warm applause rewarded the choristers, on whose behalf, the President, mrs. Tula Lazarus offered to the Mayor of Amaroussion mr Giorgos Î Î±Ï„Î¿ÏÎ»Î· a bouquet of flowers. 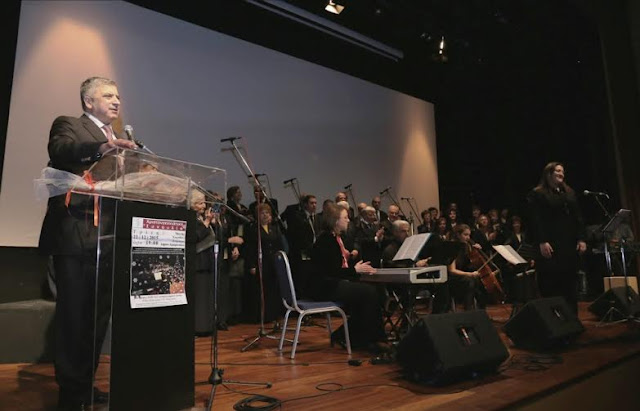 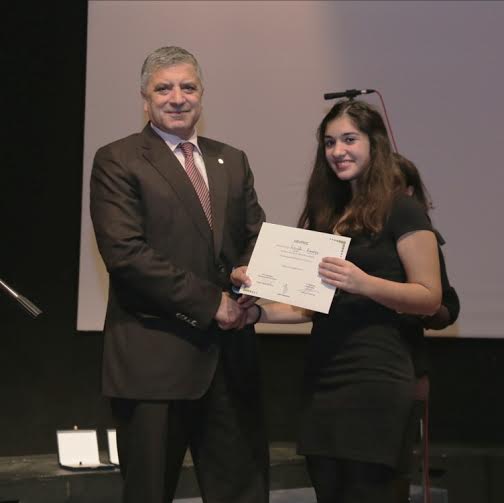