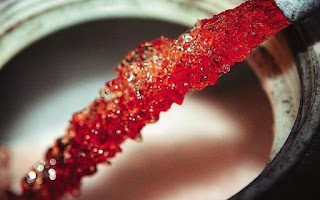 Near the lower levels of the two months were the shares in the… international stock markets today, as low oil prices and the weakening of the yuan at a low four and a half years have created a climate of ÎºÎ±Ï„Î®Ï†ÎµÎ¹Î±Ï‚ in the markets.
The volatile oil market and the concerns for China, the country with the largest consumption of goods in the world, are exerting pressure in many markets in view of the expected increase in us interest rates next week.
The global equity index MSCI retreated for a fifth consecutive day as the emerging markets again experienced a fall, european shares opened at a low two months and while the dollar showed signs of stabilisation.
The interest of the investors also focused on macro-economic data – retail sales, inflation and consumer sentiment – which are announced later today in the U.S. and that is expected to cement expectations that the central bank of the united states Federal Reserve will raise interest rates next week, for the first time in almost a decade.
The index of MSCI for the shares in Asia Pacific outside of Japan fell to its lowest level in the last two months, while on a weekly basis has fallen by over 3%.
The yuan was at its lowest level of the last four and a half years in the 6,4564 per dollar, dragging down the currencies of emerging asian countries, amid concerns about a slowdown in the economy and estimates for an increase in us interest rates next week.
Crude oil prices remained at levels that were recorded since the beginning of 2009. The futures of brent retreated by 0.5% in 39,52 dollars a barrel, not far from the low of almost seven years which occurred earlier today at 39,38 dollars a barrel.
The index dollar, which reflects the value of the us currency against a basket of six major currencies, recorded a small decline. On a weekly basis is expected to decline by 0.5%.