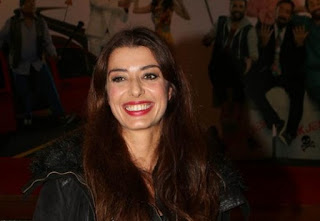 The former high priestess of the Olympic Games “drags” in the courts of the japanese conglomerate Panasonic, claiming the amount of …
400.000 euros. With an action which was discussed last Thursday in the Multi-member Court of first instance of Athens, the actress Thalia Prokopiou calls for compensation because the photo of the ceremony the olympic flame was used without her knowledge to a campaign of the company in China, to promote… a mobile phone!
Eleven years after the honorary role of Ï€ÏÏ‰Î¸Î¹Î­ÏÎµÎ¹Î±Ï‚ in the Olympic Games of Athens from the actor, the case where the trouble arrived in the courtrooms. Thalia Prokopiou had filed a lawsuit against Panasonic and the advertising company Daiko, who had taken the controversial campaign, asking for a compensation for the moral damage suffered from the use of this photo without her consent. “Thalia is not going to participate in something like this. The ethos will not allow it ever to take advantage of the symbols of the Olympic Games, nor the role of the Ï€ÏÏ‰Î¸Î¹Î­ÏÎµÎ¹Î±Ï‚ assigned to her, for her own benefit,” she said, testifying in court relative to the person.
Describing what happened on the eve of the Olympic Games of Athens, the witness said: “at That time, with the return of the Games to their hometown, the interest on the face of the Ï€ÏÏ‰Î¸Î¹Î­ÏÎµÎ¹Î±Ï‚ was great. Thalia Prokopiou, which embodied the face of this, take continuously proposals for interviews to international media. Had huge publicity. In all the interviews that he gave, he was sending messages about the values that they view the Races, volunteering, and the important role of the Ï€ÏÏ‰Î¸Î¹Î­ÏÎµÎ¹Î±Ï‚, while stressed that wouldn’t take advantage ever this role for personal gain”.
Between the forms, in which he was interviewed, was the issue of chinese sport magazine “Arena”, which was sent in July 2004. Opening it, the actress was confronted by the interview of a full-page advertisement mobile with photo!
A big shock!
“The shock was huge!
Was devastated psychologically! It was a cancellation of her personality, her image as a Ï€ÏÏ‰Î¸Î¹Î­ÏÎµÎ¹Î±Ï‚ and those who pray for the sincere and voluntary participation in the Matches,” continued the witness, stressing: “Thalia did it all pro bono, had no economic gain from the Games. Lease the same taxi to go to the rehearsals that were held in Olympia, greece. I don’t do ads, even though it had been countless proposals. And the subsequent career choices, it was always with respect for her role as Ï€ÏÏ‰Î¸Î¹Î­ÏÎµÎ¹Î±Ï‚. For the ethos and personality of the had chosen, moreover, Maria’s Horse!”
“The company admitted that it had the consent of the”
It wasn’t at the outset ready to lead the case to court Thalia Prokopiou, in accordance with a relative who testified as a witness. As explained specifically, the actress was troubled about the way in which I had to manage the problem: “as soon as he found out, he was shocked. I was familiar with the courts and she feared for how they interpreted the action of the. Finally, the lawyer on the occasion of a professional trip to China went to the Panasonic, met with representatives of the who and admitted that there was no consent from the lady.”. From the side of the induced companies, have not submitted any witness, while the court’s decision is expected in the coming period. 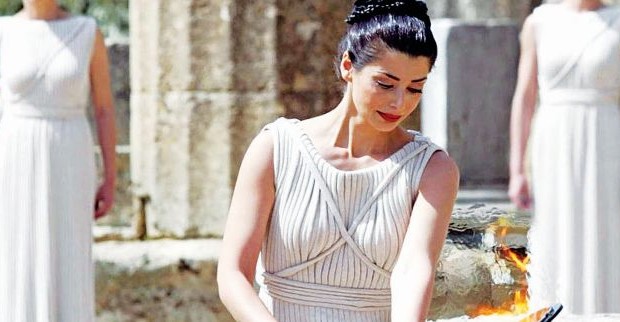