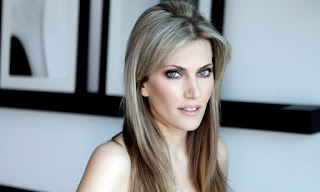 In the air, the acquisitions of Greek bonds by the European Central Bank. It is not enough for a positive assessment for the…
inclusion of Greek bonds in the process of quantitative easing, replied the Benoit Coere, a member of the executive council of the ECB to a question addressed to the head of the Olive in the european Parliament, Eva ÎšÎ±ÏŠÎ»Î®.
Despite the optimistic forecasts of the Institutions, once the conversation reaches the critical questions of distrust and lack of confidence in the government of SYRIZA-ANEL is ÎºÎ±Ï„Î±Ï†Î±Î½Î­ÏƒÏ„Î±Ï„Î· and detrimental to our country, as well as more difficult to restore the smooth process of the markets.
This is evidenced once again by the debate in the European Parliament (12-10-2016) for the participation of the ECB in the Greek program. Benoit Coere said that Greece has complied in the previous period the requirements relating to the eligibility of Greek bonds during the process of quantitative easing (QE), but that doesn’t mean that the positive ratings do not constitute a “sufficient condition” for maintaining eligibility. The eligibility is related to measures on the debt, and the ECB has a threshold that determines whether the bonds of a member is eligible, and that threshold he can’t cross it.
This is an important placement as if the Greek bonds are not selected by the ECB, this only as a deterrent can work in exercise to restore Greece to the markets, prepared for mid-2017.
In a follow-up question of Eve ÎšÎ±ÏŠÎ»Î® to the official of the ECB, he asked if the intention of the institutions to demonstrate their confidence in the government by converting the interest rate on lending to Greece from floating to fixed, which they promised to do so in the government of Samaras-Venizelos. Benoit Coere replied categorically that there is no such case of conversion.
“We need to immediately start debate on the debt, otherwise Greece is likely to continue to participate in the program of quantitative easing, and to extend the containment of other markets. However, the debate on the debt can not be as long as Greece has a government that is an unreliable partner and delays in the implementation of the programme, as it has its own agenda of a party state which is not in keeping with the culture nor with the ethos of the European Family,” said Eve ÎšÎ±ÏŠÎ»Î®.