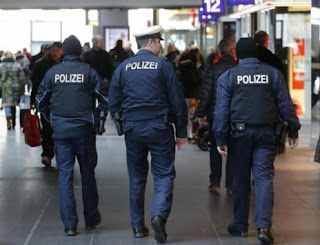 In full alarm the authorities in Germany. The butcher of Berlin escapes, while at the same time fell into the hands of the police, two brothers who it seems were preparing a new terrorist attack in a shopping centre…
The special forces of the police in Germany arrested two suspects for planning attack on shopping center in the city Oberhausen which is located to the west of the country, in North Rhine-Westphalia. according to the police authorities.
The suspects are two brothers, aged 28 and 31 years old, born in Kosovo, while were arrested in the city of Duisburg, after evaluation of information from sources of security, said the police announcement.
I explained if there is some connection with the arrests and the attack on the christmas market of Berlin, resulting in the death of 12 people. The police are conducting an investigation to identify and arrest a suspect from Tunisia, whose prints were found on the inside of the truck.