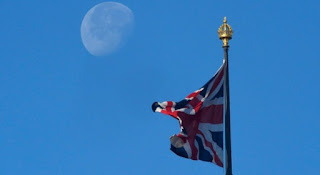 The british government…
will not seek to negotiate further with the European Union if parliament voted against the agreement that will be proposed for the Brexit, said today the minister of state, David Jones.
In accordance with what gave the Athenian Agency, a little earlier Jones, who is responsible for the Brexit, had told the members that the british parliament will be asked to vote for the final agreement before it carried out the corresponding debate and vote in the European Parliament.
When asked if the government would return to the negotiating table in the event that the agreement is rejected by the british parliament, the secretary of state replied: “I can’t imagine a greater sign of weakness than to send the parliament the government back to the European Union and to tell her that we need more negotiations, so I can’t agree with something.”
Jones also added that, if Britain and the EU fail to reach an agreement for the Brexit within the two years provided for by article 50 of the Lisbon Treaty, Britain will return to the regulations set by the World Trade Organization for the trade.