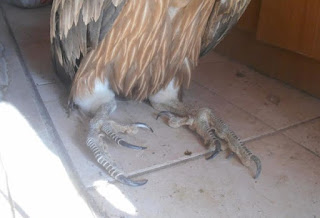 In the rescue and rehabilitation of an injured ÏŒÏÎ½Î¹Î¿Ï… contributed volunteers in Lassithi. According to the relevant announcement of the Î•ÎšÎ Î‘Î–…
“Yesterday, Saturday, 15/10/2016 our volunteers received a Vulture from the Sisi in New york. Lasithi. It was a year’s bird with a conspicuous problem in the foot that fell in the yard of mrs. Litsas Ginis Friday night, which caught it and kept it safe. The animal was transported to the veterinary clinic of mr Dimitris Î›Î¯Ï„Î¹Î½Î±, who after clinical and radiographic examination diagnosed an oblique closed fracture with ÎµÏ†Î¯Ï€Ï€ÎµÏ…ÏƒÎ·, which needed an immediate surgery because the skin was ready to open and that would be extremely aggravating the already bad situation.
The surgery lasted over three hours and it was extremely difficult because, as it appeared in the course of the animal was for several days in this condition and the tissues had begun to heal wrong, and they wouldn’t let the bones come to the right place. The result, however, was â€“ as can be seen from the two x-rays, before and after â€“ perfect!
Recessed plate and screws to help the anchoring properly to the bone. The young Vulture after surgery, regained consciousness and was revived normally and now he’s recovering in the hands of our volunteers until he has recovered completely and transferred to the island of Aegina, where it will stay until it is ready to be released.
They deserve a lot of kudos to the volunteers of the Î•ÎšÎ Î‘Î– and the citizens who helped, but even more to the volunteer veterinarian mr. Dimitris Î›Î¯Ï„Î¹Î½Î± that not only opened the vet on Saturday to help the boy that was in a difficult situation and did an exemplary surgery and a real miracle with the fracture! 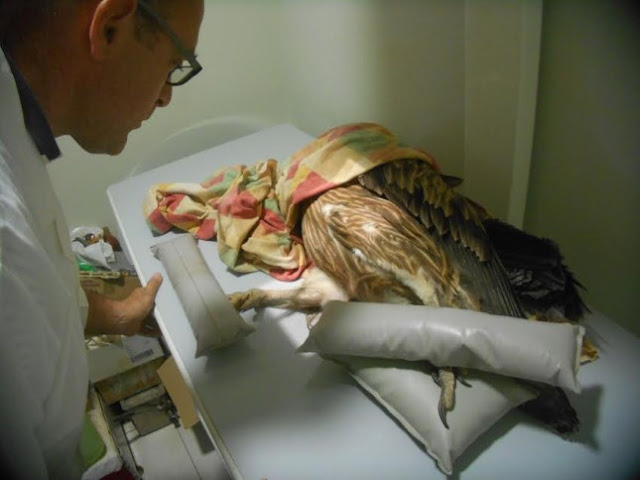 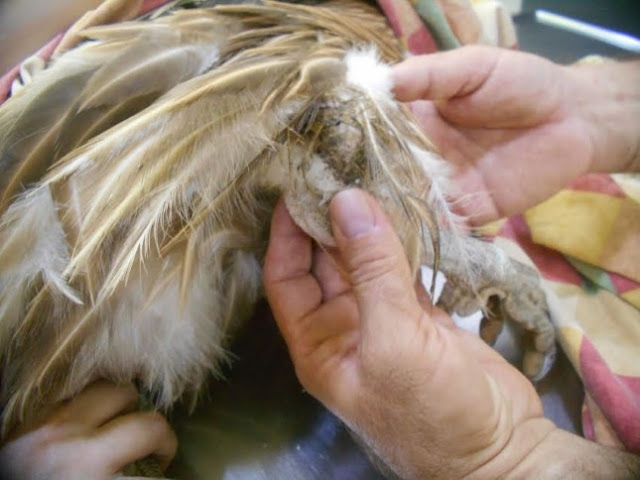 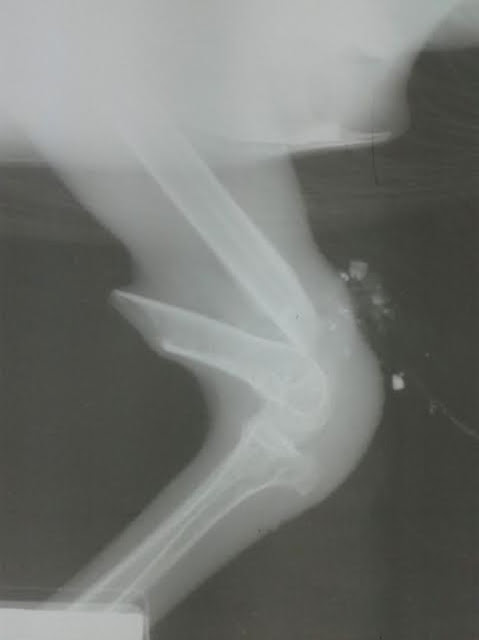