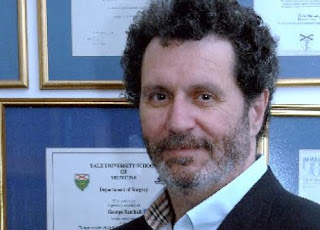 Reduced cancer of the colon of a third more frequent cancer among men and women, the… over 50 years of age, whereas the increase in younger ages and particularly in those 20-34 years of age.
This is the conclusion of a study by American scientists for colorectal cancer, led by Christina Bailey Cancer Center Anderson, university of Texas-Houston, that was published in the monthly medical journal JAMA Surgery, at the same time sound the alarm, noting that in 2030, the trends show an increase of 90% in the incidence of bowel cancer between the ages of 20-34 years of age and 46% for ages 35-49 years, with the “winners” of their case over 50 years of age, in whom the specific type of cancer will is constantly decreasing.
Despite the fact that the rates can be alarming, however the absolute numbers remain low. Of the cases who were diagnosed during the study period JAMA, only 1% of these occurred in people under 35 and 6.8 % were in people aged 35-49 years of age. This means that about 9 in 10 who are given a diagnosis of bowel cancer is 50 years of age or older.
“The increasing trend for cancer of the intestine in the younger ages, it is certain that we will employ in the strongest terms the medical community in the next few years,” emphasises Dr. George Î£Î¬Î¼Ï€Î±Î»Î·Ï‚, surgeon – Î»Î±Ï€Î±ÏÎ¿ÏƒÎºÏŒÏ€Î¿Ï‚, Director Surgeon, Euroclinic of Athens, on the occasion of the above-mentioned study. “Despite the fact that the full reasons for this trend are not yet known, however it is considered that the bad diet, obesity and sedentary lifestyles remain the “suspect” factors for this development”, adds Dr. Î£Î¬Î¼Ï€Î±Î»Î·Ï‚.
The last 20 years, mortality from colorectal cancer decreases, due to the fact that the new cases are fewer, the diagnosis is made earlier and treatments have improved significantly with the result that the 5-year survival is 90% for patients their cancer is detected and treated in early stages, but is still low the rate of early diagnosis, and this is limited only in 40% of cases.
“The worst thing you will do in a young patient, is to diagnose colon cancer late,” emphasizes Dr.Î£Î¬Î¼Ï€Î±Î»Î·Ï‚, arguing that we should differentiate the Î±Î¹Î¼Î¿ÏÏÎ¿ÏŠÎ´Î¹ÎºÎ® bleeding from colorectal cancer with colonoscopy, which is now much easier than in the past.
The study concludes that the increase in the rate of cancer in the colon will reach 90% and of rectal cancer will reach 124% at younger ages to the year 2030, if there is no change in the awareness of the younger population towards diet, exercise and obesity.(Source: Increasing Disparities in the Age-Related Incidences of Colon and Rectal Cancers in the United States, 1975-2010. (JAMA Surgery, January 2015, Vol. 150, No. 1)