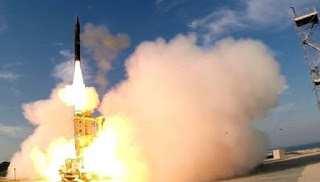 Iran began…
today military maneuvers including missile launches, announced today the Revolutionary Guards, the elite force of the iranian armed forces, while it has revived the tension with the United States.
The high schools that aim, in accordance with the ana-MPA, to demonstrate “the full preparation for dealing with the threats”, including “humiliating sanctions” against Iran that were announced last Friday by the united states, it is referred to on the website of the Revolutionary Guards Sepahnews.
In the course of drills will be tested several types of radar systems and missiles of iranian manufacture, is added to the website.
The notification shall be made on the day following the imposition of new us sanctions against Iran as a response to the launch of a ballistic missile, which was held on 29 January and caused the wrath of the American president Donald Trump and his new government.