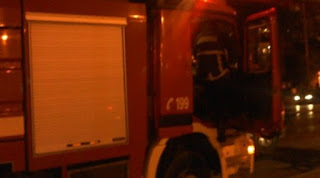 Alarm has sounded today in the morning the fire department from a fire that broke out in two cars…
In accordance with information of the cretapost, the cars were parked in the street Î¤ÏƒÏÎ³ÎºÎ± 8 in the area of Poros, Heraklion, when passing drivers saw the fiery flames and alerted the fire department at 4: 15 in the morning.
The point rushed two vehicles with eight men, and began to fight.
In less than an hour, the firemen succeeded and went out fully the fire preventing it from expanding, however, the flames destroyed the two cars.
Source