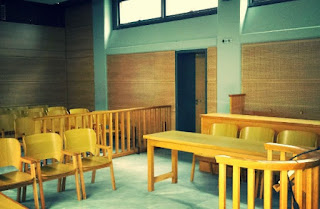 In 33 months of imprisonment for each convicted husband and wife, which depicted the…
“controllers of the FDA” in Trikala, collecting money from unsuspecting Î¤ÏÎ¹ÎºÎ±Î»Î¹Î½Î¿ÏÏ‚.
According to the story of trikalavoice.gr the pair, hailing from Larissa, he had acted the last time in Trikala and “beat” in stores food of interest mainly. After a series of complaints fell into the hands of the police last Saturday and Monday was led before the Court with the procedure of the Act. The two Central argued that they were… needs of this and have made in these acts, one as a… teachers with a master’s master, but have not been able to justify the unjustifiable. Sentenced to 33 months of imprisonment each (redeemable penalty, 10 â‚¬ and 20 â‚¬ per day, for the man and the woman respectively).
Source