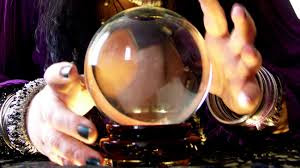 A 49Ï‡ÏÎ¿Î½Î¿Ï‚ from the Gambia pretending to be psychic, and was deceiving the unsuspecting, who were the…
services as well as invoking spiritual powers that supposedly had promised to solve problems of interpersonal relations.
The action ended abruptly as well, after a thorough investigation of the Security sub-Division of Larissa, was detected in a house which he had specially designed space, in order to provide the…psychic services, against a large fee. Yesterday was 49Ï‡ÏÎ¿Î½Î¿Ï‚ and two other people from Senegal, 45 and 44 years of age, at the expense of which formed a case for the offence of fraud.
… Psychic appeared a woman police officer, which she pretended to be a customer for supposedly solving problem of child-bearing and at the entrance of the house, welcomed the 45-year-old extolling the supposed special spiritual powers of psychic. Then, there was a meeting of the psychic with the police, which promised to resolve a problem, receiving the simulated amount of thirty euro. Subsequently, intervened the cops and they arrested him 49Ï‡ÏÎ¿Î½Î¿, as well as their accomplices who were in the house. As it turned out, the 45-year-old from Senegal was the one who rented the house and gave the 49Ï‡ÏÎ¿Î½Î¿ from the Gambia in the area of which shaped appropriately in order to be impersonating a psychic.
In a regular survey carried out in the home, found and seized, among other items that were used for the deception of victims, pieces of paper that advertise the supposed abilities of a psychic, printed on a computer, as well as two mobile phones.
The arrested, against them formed file, you will be taken to the public Prosecutor at first instance Larissa, greece, while the Ï€ÏÎ¿Î±Î½Î±ÎºÏÎ¹Ï„Î¹ÎºÏŒ work carried out by the Security Sub-directorate of Larissa.
Source