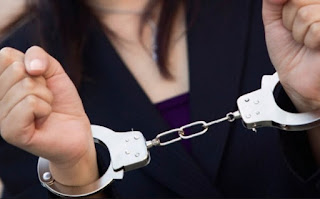 He was arrested, midday hours of 24-6-2016 the Greek, after searches… police officers of the Security sub-Division South-east Attica, Attica Security division, one 53Ï‡ÏÎ¿Î½Î· resident, for scams repeatedly. Are the accomplices of the.
In the context of the investigation he was arrested and a 42Ï‡ÏÎ¿Î½Î¿Ï‚ national for acceptance and disposal of proceeds of crime.
In particular, the day before (23-6-2016), the captured approached in the area of Nice resident and pretending to be the clerk of the I.K.A. he cheated on her and took jewelry as “collateral” in order to deliver documents of her son.
Then went to a store market for gold and sold gold jewelry. The manager of the store that is not registered, as required, the purchase and sale of the planned books was arrested, while searching for the owner of the shop.
As it emerged from the police investigation, from the beginning of 2016, the 53Ï‡ÏÎ¿Î½Î· jointly with other accomplices, on their way to various areas of Attica where to pick up older women and pretending to be officers or employees of the I. K.A. with the pretext that a close relative is entitled to a tax refund or the allowance, was distracting amounts of money or jewelry as a “guarantee”.
From the up to the minute investigation, have ÎµÎ¾Î¹Ï‡Î½Î¹Î±ÏƒÎ¸ÎµÎ¯ nine (9) cases, with the monetary benefit exceeds the -made $ 8600 from – euro.
The arrested were driven to mr public Prosecutor at first instance of Athens, while the survey for their participation and in other similar cases, continues.