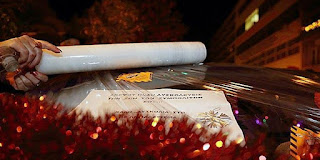 A specific date was given…
on Saturday night in the centre of Thessaloniki. The meeting point was the pedestrian street of Agia Sophia, and those who found where they were tree decorations, garlands, lights, balloons, and transparent membranes. 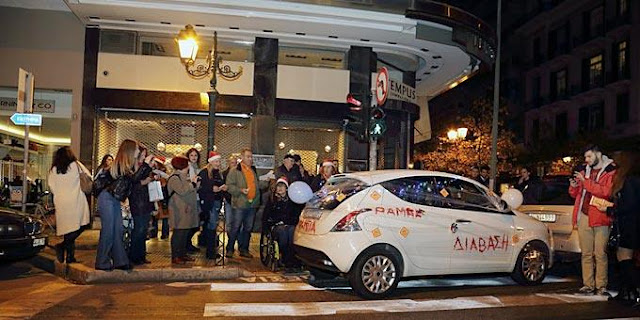 Not only intended to decorate christmas trees, but the illegally parked cars. 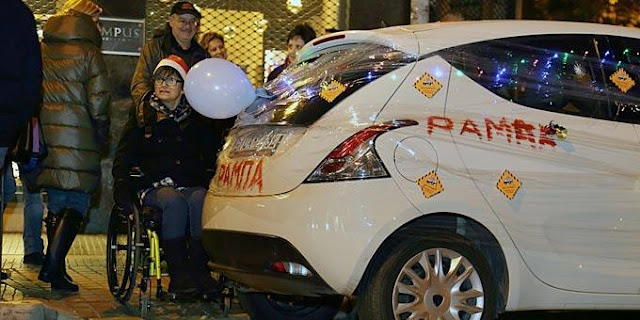 This is the christmas dash of Streetpanthers, the group that became known for the stickers “I’m a donkey, I park wherever I want” which launched earlier for those who leave their cars to the point that it is not allowed. This year, the team of Thessaloniki, thought of a more festive way to get the message through to those who insist on illegally parking at the crossings, bus stops or the flow of pedestrians: Covered vehicles with cling film, and on it he wrote slogans, stuck notes, and put the final touch: the christmas ornaments. In the “festive” notes, there were messages such as “think about how difficult the lives of your fellow citizens. Good… difficulty in un-packing”.
Source