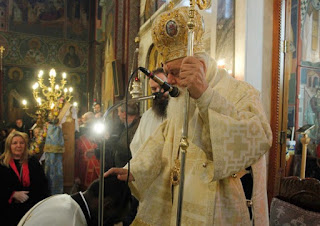 With solemnity and great pomp celebrated the memory of Saint Nicholas, in the church Temple of St. Acharnon street…
The Divine liturgy officiated by the Archbishop of Athens and all Greece mr. Hieronymus, Ï€Î»Î±Î¹ÏƒÎ¹Î¿ÏÎ¼ÎµÎ½Î¿Ï‚ from the Î ÏÏ‰Ï„Î¿ÏƒÏÎ³ÎºÎµÎ»Î»Î¿ of I.A.A. Monastery. Simeon, The clergy of the Archdiocese.
During the Divine liturgy the Primate of the Hellenic Church, ordained to Elder deacon Nektarios from Uganda and a graduate student of the Theological School of Athens.
The Archbishop at the ordination of fr. Nektarios pointed out that “today, we are witnessing the two sacraments of the Eucharist and of the Priesthood, which are connected. Without the priesthood we cannot have the Eucharist. But the priesthood can’t be far away from the Eucharist. Not happened today in this area, to get an appointment of a lord or Commander, to take over the service or to serve in any address, in a space that meets the needs of the people administrative. The mystery of the priesthood take on this hallowed space in front of the altar, which is the Alpha and the Omega of life. From here it all starts and here it ends”.
The Archbishop advised him. Nektarios don’t bend to the difficulties and to take courage from the altar. “The people who today will congratulate you and will embrace you with emotion it is not excluded that tomorrow, to stone and to smear,” said the Archbishop, “you, however, like any cleric, not bend, because it for us the first and last in our life is the altar. From today there will be kneeling. There you will pray. From there you will take courage.”
To model the Agios Nikolaos called for. Nektarios Archbishop telling him: “Î§ÎµÎ¹ÏÎ¿Ï„Î¿Î½ÎµÎ¯ÏƒÎ±Î¹ the day on which the Church honors the memory of St. Nicholas. The Saint is a model for you. Follow him on two streets, the street of the love of God and love and service of man. This is the goal of all people, but especially of the clergy. To love god and man. Any man, whether white or black, to the minister with all their power”.
The Archbishop of canterbury in another place referred to the family of fr. Nektarios, where visibly moved said: “You are a child of a family of poor, who has 13 other children, but, but, you had hope in God and see that God when he sees faithful people, not abandoning them. God each one of us invites him in his own way. Sometimes through joy, sometimes through illness or problems. You opened this road, and from today, you take this obligation. To love more God and his people.
In another point of his speech, the Archbishop pointed out that “the purpose of the Church is to be ministering to the people. To protect them. Them gives warmth and comfort. That is your goal. Wherever you serve, either here or in Uganda, where to call God”.
Speaking of the problems facing Greece, the Archbishop stressed that “our country is going through a tough time, but don’t panic, because we know that God is the one who gives the solution. You will overcome the difficulties. God is the one who says the last word, but enough to work with people. As long as we refuse to cooperate with God so will, we fee. There is possibility, hope, optimism. So, today for. ÎÎµÎºÏ„Î¬ÏÎ¹Îµ you give us the opportunity to ÎºÎ±Î¼Î±ÏÏŽÏƒÎ¿Ï…Î¼Îµ and to enjoy your presence here and wish you all together to Ï‡Î±ÏÎ¹Ï„ÏŽÎ½ÎµÎ¹ God to give the grace Of the rich, wherever you go, wherever you Î´Î¹Î±ÎºÎ¿Î½Î®ÏƒÎµÎ¹Ï‚.”
After the mass, the Archbishop referred to the offer of the believers, for the support of the charitable work of the Church by pointing out that “the so-called, that the Church’s treasures are fairy tales. You can help out. Think about it, today, in the Archdiocese alone, they will eat 53000 people. And this is not a work of our own. We are merely the guide, the watch. You are supporting it. The one standing on the side of the other and we are all together”. 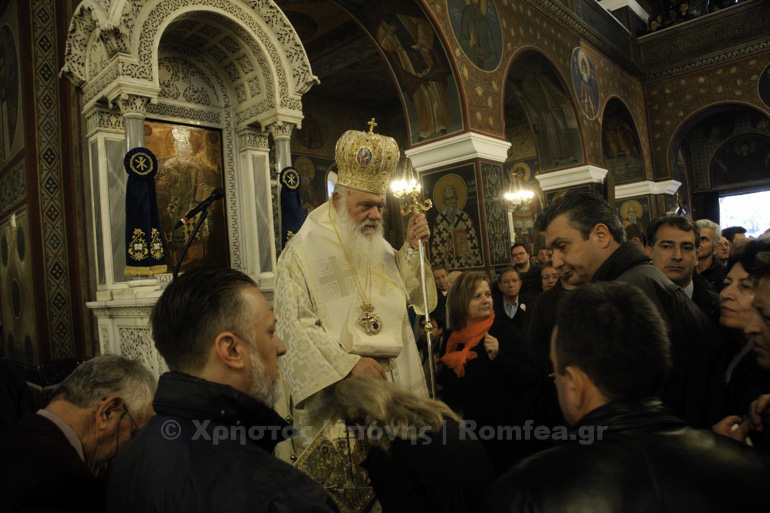 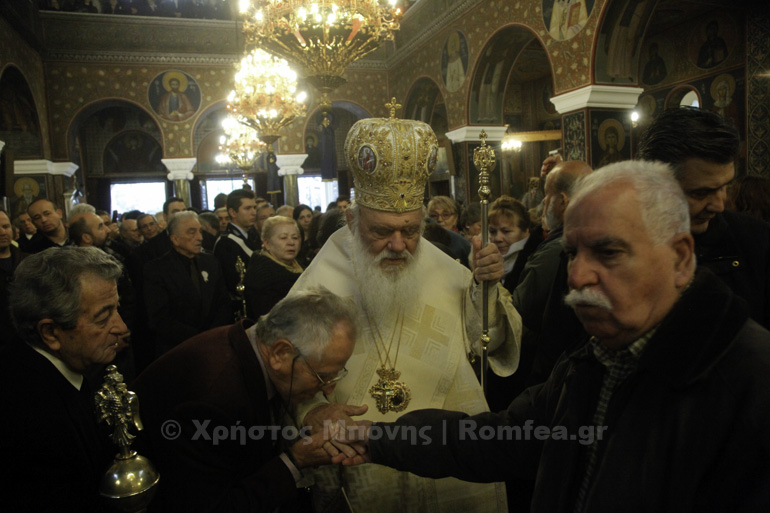 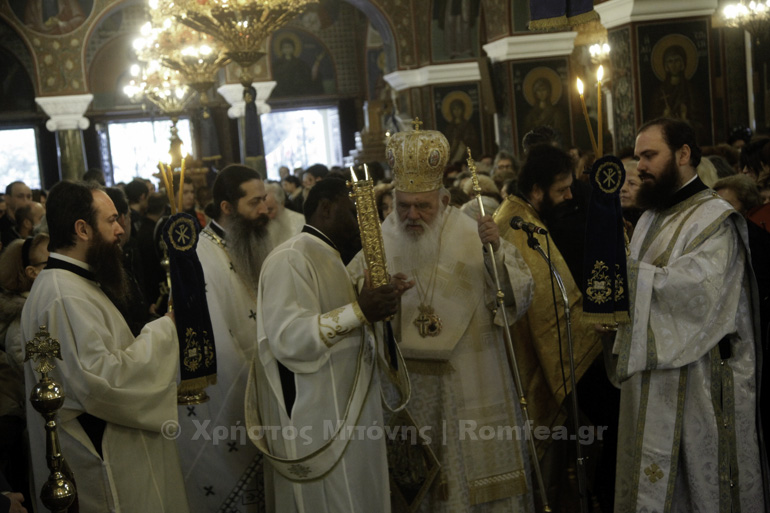