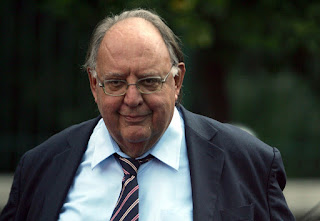 “When you’re nothing and you’re proud…
why did you become a 40 Pm you’re just a freak”, wrote, inter alia, on Twitter Theodoros Pangalos on the occasion of what he said Alexis Tsipras earlier in the House on, etc.
“Awareness is the excessive self-esteem. When you’re not nothing and you’re proud because you’ve become at 40 Pm you’re just a freak.
So what was the point? to overcome the Dora? Way to go, comrades! There is no historical background for fireplaces in Greece. It’s just fantasies ÎºÎ¿Î¼Ï€Î»ÎµÎ¾Î¹ÎºÏŽÎ½ bourgeois,” he noted.
The prime Minister speaking earlier, and for the benefit of Dora Bakoyannis said: “you accuse Me of using. You had every right and would be justified a little awareness in someone who does not come from a “fireplace” and has managed in the forty of becoming prime minister” winning the applause of the members and the credit of mr Yannis Dragasakis, who said to him: “very good answer”.
Source