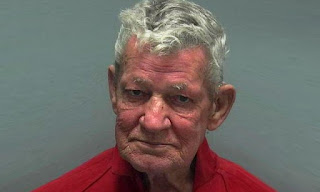 Donald Royce, 76 years of age…
from Florida USA, she’s married to the woman he was with for six years but the problems have not been slow to appear.
The old man confessed to authorities that he shot his wife because she didn’t want to have sex from the day they got married. He seems to have told the authorities, according to the Mirror, that although they were married last August, however, I don’t have to… usher in the wedding bed.
“I shot her with the gun that I have in the bedroom, he said, stressing that what he wanted was to scare his wife by shooting just on the mattress of the bed.
The woman was taken to the hospital where after receiving first aid, returned to the house. The same, however, described the partnership with the nightmare.
The irritable husband was arrested and is being held.