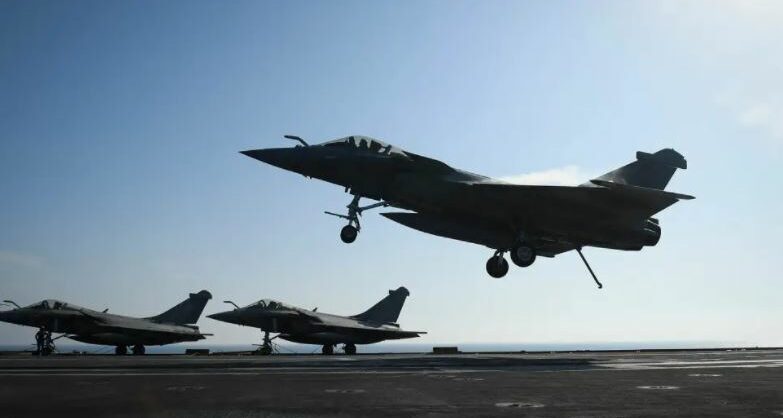 The first six French Rafale fighter jets are scheduled to be in the Tanagra airbase by the end of the year, while the training of the Greek pilots in France is in full swing.

On Wednesday, July 21, 2021, at the Bordeaux-Mérignac Air Base, the French aeronautical company Dassault will deliver to the Greek Air Force the first of 18 Rafale fighter jets that Greece has bought.

About 10 months after Prime Minister Kyriakos Mitsotakis announced the decision to acquire 18 French twin-engine fighter jets, the first two-seater Rafale, painted in Greek colors, will be officially received from Athens.

The training of the first four Greek pilots on the French aircraft has progressed. After about six months in France, the Greek “top gun” pilots are already flying to get familiar with the new weapon systems the plane is fitted with.

Four more Greek pilots are currently at Mérignac Air Base, the second group of pilots trained on the Rafale, who are in the first phase of their flight training with the twin-engine fighters. After completing their training, the first eight Greek pilots will gradually begin training other Greek pilots.