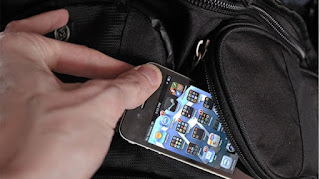 The shooter with the method of employment of deceased customers and owners of the stores on their phones…
Not one, not two, but a total of 12 mobile phones managed to steal a 28-year-old from various branches of Xanthi employing the… imagination!
It is a resident of the region at the expense of which formed a case for the thefts that have taken place from 13 June 2015 until 22 January 2016.
In particular, as revealed by the surveys, the perpetrator, the above period of time, entered into various stores in the city of Xanthi, where the method of employment removed from customers and owners, a total of twelve mobile phones. It is noted that the 28-year-old has been in the past, the police authorities for the same offence.
The file that was created will be submitted to the ms public Prosecutor at first instance of Xanthi, while the inquiry and acted in the Group of Public Security of the Department of Safety Xanthi.