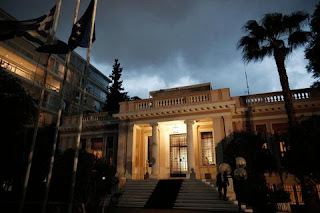 For progress in the negotiation but also for the difficulties attributed to the attitude of the IMF speak of government sources after the completion of his contacts…
Euclid Î¤ÏƒÎ±ÎºÎ±Î»ÏŽÏ„Î¿Ï… in Brussels with the representatives of institutions under the president of the Eurogroup Jeroen ÎÏ„Î¬Î¹ÏƒÎ»ÎµÎ¼Ï€Î»Î¿Ï…Î¼.
In particular, indicate the following:
“The meeting was an effort to find common ground between the institutions and the Greek government. Progress was made, however, as long as they remain unreasonable demands in terms of IMF’s difficulties in the conditions for continuation of trading at the level of the technical teams”.