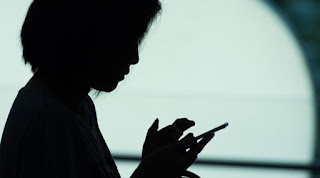 A key question about the future of smartphones solved the… director of Google, Aparna, Chennapragada, the tech conference, which took place in Ireland last month.
More specifically, when a reporter from the “Business Insider” has put the question in Chennapragada, she replied how the future predicts that the technology will do all the “hard work”. Explaining the original statement, the senior executive of Google said that the future belongs to the “virtual assistants”, so the apps you develop any technological company. For example, Apple has Siri, Google’s Google Now and Microsoft Cortana.
The Chennapragada features commented that: “In a phone now, do you want the answers ready. There is no time looking at screens, you want quick answers. This is the first change.
The second change is that now the cell phones are not used so much for information as for to carry out commands.
And as for the third change, which concerns Google Now, you want the information to come to you, not just to find you. This is the biggest change.”
Exactly what describes the Chennapragada, it seems that she can make the Google Now. He learns the habits of the user, and then equipped him with the information related to these habits, without the user has searched for anything.
Speaking on the same issue, David Marcus of Facebook stated the legitimate question of violation of personal data, which occurs when the “virtual assistant” is so much information for the respective user. According to him: “I don’t think that there is something strange in all this, because there is a great utility. The moment it gets weird or creepy is when the company receives a wealth of information, but not giving anything in return”.
The Chennapragada from the side commented that the issue of personal data is in the hands of the user and the way he uses the application.
However, the fact which struck me as odd was that despite the fact that the Chennapragada is one of the main architects of Google Now, thinks that technology is overrated. The same, in fact, stressed that: “Really, I think that we underestimate our position on the question of services. Besides, the services are like opinions, everyone has one”.