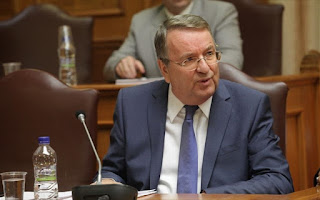 Read the announcement… “To the Minister of FINANCE
THEME: “Absurdity with deductions VAT refund to farmers for… future instalments, income tax and ENFIA”
Farmers who cater to the relevant TAX office for their affairs, they are faced with a practice that touches the limits of a fiscal absurdity. Having previously received clearing which were to pay the corresponding income tax (on income of 2014), and the inability to repay a lump sum, to resolve the amount in installments.
Of them, those who are beneficiaries of a VAT refund, in the last few days going to receive the amounts to which they are entitled, informed with a surprise that will not be paid and that the money of the refund withheld for the payment of future instalments of the setting, but… ENFIA is also known to be regulated at doses!!! Be noted that most of these farmers, normally serve their doses, so you don’t have any overdue debt.
BECAUSE, a State law-abiding, it is conceivable to provide citizens with the facility of payment of debts to the State in installments, and while these are served normally, it gets back to the setting (because, basically that’s what this is) in which its own services further.
BECAUSE, for most of the people the return of VAT is a key revenue and the irrational (to put it mildly) retention creates a problem of survival of themselves and their families in the midst of a dire economic crisis and in view of the Holy Days.
Î•Î¡Î©Î¤Î‘Î¤Î‘Î™ mr MINISTER
1) If and what it intends to do so in order that farmers who are consistent in their tax obligations, to receive reimbursement of VAT to which they are entitled.
2) If you also intend to take actions that will provide for a more deeply rooted problem that, in order to not be repeated in the future, similar phenomena that are in complete contrast with the common sense and the right.
The Questioner
George Karasmanis
A Member Of Pella”