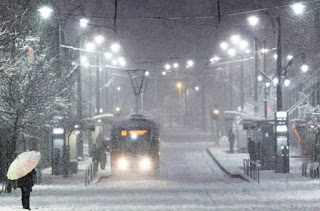 The snow “THE BIG ONE” was named so, because it would have a duration and will send lots of snow as the end of January in various regions of Europe… and Greece. In a wave of snow between 23-26 January, Greek-Weather.Org provides that we will make the Ï‡Î¹Î¿Î½Î¿Ï†Î±Î¹Î½ÏŒÎ¼ÎµÎ½Î¿ Aegean effect snow. This phenomenon occurs when trapped cold coupled with thick snow all over the Aegean sea.
In the case of such a phenomenon, thick snow, and blizzards, occur in southern Halkidiki, greece, eastern Thessaly, eastern continental Greece and mainly the island of Evia, the islands of the northeastern Aegean, but even the islands of the central and southern Aegean as well as areas of eastern and central Î ÎµÎ»Î¿Ï€Î¿Î½Î½Î®Î¿ÏƒÏ….
In fact this phenomenon when it is noted in the Aegean sea, keeping at least 3-4 days, giving snow even in Athens and Piraeus with setting notes the Greek-Weather.Org. The prediction of the well-known site makes reason for creation of this phenomenon between 23-26 January over the Aegean sea, with northeast gales and 9-10 on the beaufort scale. 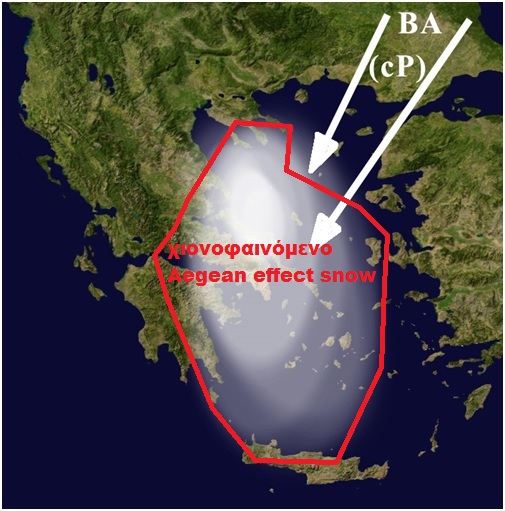 Great candidate for thick snow under this likely scenario, it puts the whole of Athens and the prefecture of Attica, in particular, the island of Evia, and even the islands of the Cyclades as well as lowland parts of the north, north-west Crete. Aegean effect snow will be a part of the great snow â€œTHE BIG ONEâ€ or â€œTHE BIG ONE ” 2â€ as it will be the second and maybe ÏƒÏ†Î¿Î´ÏÏŒÏ„ÎµÏÎ¿ wave of snow from the first.