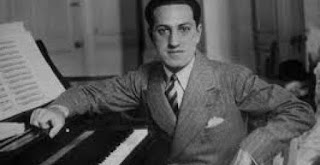 George Gershwin was one of the greatest songwriters, pianists, and composers who lived in America in the late…
in the 19th and early 20th century.
He was born on 26 September 1898 in Brooklyn, New York. His parents were Russian immigrants from St. Petersburg, with jewish ancestry. As a child, George showed aversion to the school and his behavior was characterized by lack of discipline.
The narrower family and social environment had no relationship to the music. However, the young Gershwin showed interest for the art of music from his childhood. In 1910, the parents of the brothers George and Ira, they brought home a used piano. It was a gift that was meant for the Ira. George grappled with this. After two years of training he became a disciple of the great pianist and teacher Charles Î§Î¬Î¼Ï€Î¹Ï„Î¶ÎµÏ.
Acquired knowledge of classical music, he learned the works of Chopin, List, and accompanied his master to the concerts. The Î§Î¬Î¼Ï€Î¹Ï„Î¶ÎµÏ having faith in the skills and talent of Gershwin, he refused to collect money for the courses that they did.
Then the Gershwin, he turned to the music of the era. He admired the compositions of Jerome ÎšÎ­ÏÎ½ and Irving ÎœÏ€Î­ÏÎ»Î¹Î½. Extended knowledge of harmony, guided by Edward Kilenyi.
At the age of fifteen, he left school and worked as a pianist advertiser of Tin Pan Ally. She had spent many hours of the day to practice in the performance of songs. In his teens, was recognized as one of the most talented pianists in New York.
His first compositions, dating back to 1916. From 1918, the songs of the accompanying performances, and they were in the ÎœÏ€ÏÏŒÎ½Ï„Î³Î¿Ï…Î­Ï‹.
The first classical work, it was a composition for string quartet ÎµÎ³Ï‡ÏŽÏÎ´Ï‰Î½ with the title Lullaby. In the years that followed he continued to deal with the composition. Signed a contract with the producer George White for five productions of the ÎœÏ€ÏÏŒÎ½Ï„Î³Î¿Ï…Î­Ï‹ (1920 – 1924).
The project Rhapshody In Blue, a result of the cooperation of the Gershwin with the orchestra leader Paul Whiteman, impresses audience and critics. From 1924 to 1934, he traveled and met important composers of modern classical music.
The reputation at the same time, becoming bigger and bigger. He decided to devote himself to orchestral works, but to abandon the compositions of songs for the theater. From 1932 to 1936, he studied next to the theory of music Joseph Schillinger.
Completed projects Cuban Overture and the Ï„ÏÎ¯Ï€ÏÎ±ÎºÏ„Î· opera Porgy and Bess, which was presented in October 1935 at the Broadway theatre. The theme of the opera was the life of black people in America. The value of the project, however, as operatic venture, was questioned by many.
The bad reviews, in conjunction with the social phenomenon of racist sentiment against african americans, limited their financial revenue from the performances, which are not exceeded 124.
In the first months of 1937, the Gershwin suffered from severe headaches and had temporary memory loss. By the summer of the same year, he lost a lot of weight and could not walk without support.
On July 9, 1937 he fell into a coma. The doctors diagnosed a brain tumor. The death of the talented composer and songwriter, two days later, on 11 July, shocked the american public.
Source