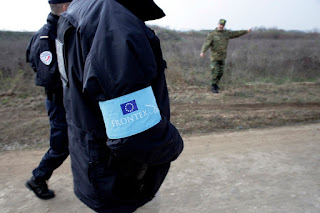 The goal is “to register all refugees and immigrants, not to shut down the border,” says the head of Frontex Fabrice Î›ÎµÎ³ÎºÎµÏÎ¯ and reiterates that…
the first priority remains the guarding of the borders between the European Union and Turkey. “If you don’t guard the external borders, the…
Schengen will fail”, warns mr Î›ÎµÎ³ÎºÎµÏÎ¯ and stresses that Turkey is not doing enough to stem the refugee tide. It also states that the Frontex together with the Greek coast guard rescued the 2015 more than 100,000 refugees at sea and is in favour of evolution in border patrol, which has the right to intervene even against the will of the member each time the member-state.
“The mission of Frontex is to support the member states in order to allow a more effective guarding of external borders. First priority shall continue to have for our external borders between the eu.E. and Turkey. Greece recently asked to use most of the border officials on the Greek side of the border with MACEDONIA,” says mr Î›ÎµÎ³ÎºÎµÏÎ¯ in an interview in the German magazine “Der Spiegel” which will be released on Saturday, in response to a question about the scenarios concerning the potential exclusion of Greece from the Schengen.
The head of Frontex is particularly critical in Ankara, stating directly that “I didn’t do enough to reduce the wave to Europe”. It recognises the burden of care of two million refugees, and expresses respect for this, but stresses that “if Ankara asks for large concessions, p.x. the liberalisation of visa for the citizens of the, can we, the Europeans in return to expect more effort in guarding the borders”.
Turkey, continues mr. Î›ÎµÎ³ÎºÎµÏÎ¯, you won’t have to do the work of traffickers as easy as it is for organized criminals and the Turkish police has the obligation and the possibilities to stop them. “The minimum we expect is to provide us with Turkey information: how many refugees should we expect and where do they come from”, he declares and asks the Turkish coast guard in cooperation with the Turkish police to prevent refugees from putting their lives at risk.
Summoned to answer, if you need Frontex to acquire the right of intervention to guard the external borders of the E. E., in need and against the will of the member-states, Fabrice Î›ÎµÎ³ÎºÎµÏÎ¯ argues that “there is no other way”.