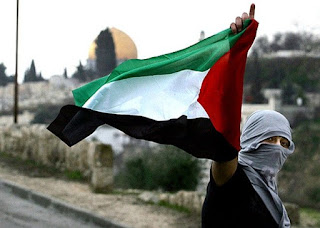 France will recognize the Palestinian State, in the case that the initiatives it plans to take in the next few weeks on a diplomatic level with a view to removing the deadlock between the Israelis and the Palestinians fall into the void, said Friday the minister of Foreign affairs Laurent Fabius.
“France will focus in the coming weeks in preparation of an international meeting with the participation of all the involved parties and their key partners, the Americans, the Europeans, the Arabs, which has mainly the aim to promote and implement the two-state solution,” stressed the head of the French diplomacy.
The minister for Foreign affairs of France, stressed, moreover, that the country as a permanent member of the UN Security Council has a responsibility to try to continue the efforts with the aim of achieving the two-state solution between the Israelis and the Palestinians.