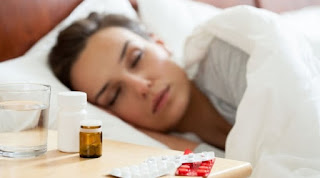 The epidemic seems to have gotten the seasonal flu for the last few days, as well as in the emergency department casual at the University Hospital of Larissa…
the number of patients who came the other day exceeded 400, of whom 62 have remained for hospitalization.
Speaking to ana-MPA, the commander of the University & General Hospital of Larissa Panagiotis Nanos confirmed that indeed there is increased movement of patients. “There are many cases of the flu over 400 in each call, while there are a lot of cases and several patients with symptoms of gastroenteritis,” said the Dwarf.
From there, the flu according to the estimates of the commander seems to have taken the form of epidemic, with the same to provide for you and the next week a lot is expected.
“Due to the flu that has taken the form of an epidemic, we have to open the unit of infectious diseases to meet the needs, but and to host patients in other neighbouring clinics,” she said.
It should be noted that the patients presenting in hospitals in the last few days and admitted for hospitalization are mainly the elderly, who suffer from other diseases so the treatment within the hospital is imperative.
“We will continue with the flu and will not be overcome so easily, so mainly the elderly will have to defend themselves with all the instructions that the experts recommend,” said the Dwarf, and called on citizens to adhere to personal protective measures that occasionally the CDC has proposed.