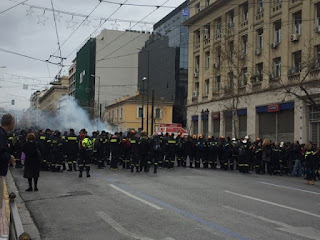 Determined to stay in the ministry of Administrative Reform until they found a solution to the problem…
with the Î¼Î¿Î½Î¹Î¼Î¿Ï€Î¿Î¯Î·ÏƒÎ® is the thousands of firefighters five (5) years. The firemen met mrs. Î“ÎµÏÎ¿Î²Î±ÏƒÎ¯Î»Î· which he told them that it is in line to be given a solution to the problem but must have the agreement of ministers Nikos Tosca and George Î§Î¿Ï…Î»Î¹Î±ÏÎ¬ÎºÎ·.
The firefighters decided their delegations to travel to the other two ministries but pointed out that, in any case, it’s not going to leave the Administrative Reform. We’ll camp here, they like to call it.
How the invasion happened 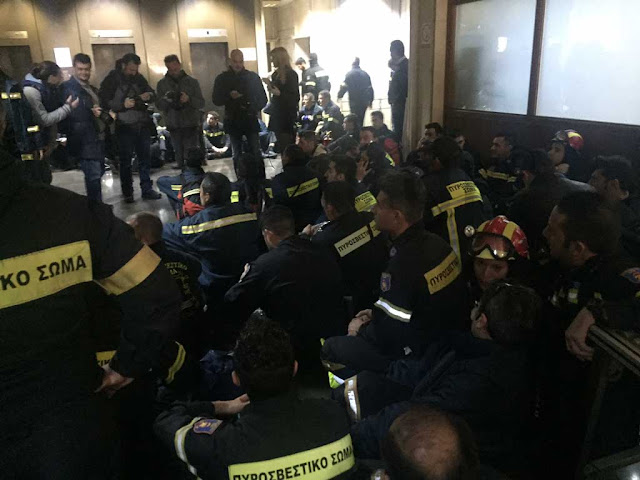 The tension was caused when firefighters saw a platoon of MATT’s headed to the entrance of the ministry. They asked them to leave and when the cops didn’t do were outraged and invaded by breaking the windows and lifting the blinds that had been downloaded to prevent them from. 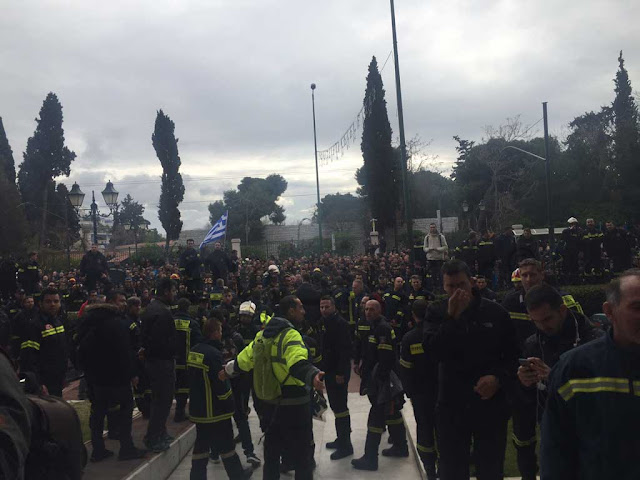