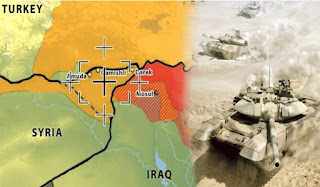 As a powder keg ready to explode features the area consists of the triangle of Turkey, Syria and Iraq the international centre for analyses of Stratfor forecasting that…
2016 is very likely to see a russo-Turkish war.
The appreciation of the the Stratfor the support in the reports of the CIA to which he has access, where it is stated that in the next serious episode that will be between Russia and Turkey that would mean automatically a generalized war between the two countries.
The analysis of the american think-tank republish and the Turkish Guy with the newspaper Cumhurriyet be entitled article “Everyone’s ready for battle â€“ Even for war”, stating, inter alia, that “the conflict between Russia and Turkey that began last November with the downing of the Su-24, Turkish fighter that may end up in 2016 at a total hot war between the two countries”.
As a reason for the explosion that will occur between the two countries, the stratfor refers to the promotion of Turkish troops in Syrian territory to help and strengthen the iraqi Turkmen and related terrorist organisations around them and of the syrian “opposition”, against which Russia has unleashed waves of air raids for quite some time with a view to the restoration of peace.
As mentioned, the movement of these Turks will be “the straw that breaks the camel’s back” for Russia, with the result that the challenge of a generalised war between the two countries.
At the same time the advance of Kurdish YPG to the Euphrates, could be even a cause for war, as Turkey has warned repeatedly for any advance east of the river is a “red line”.
This means intervention of Turkey against YPG in direct consequence of the reaction of Russia.
As the report from Statfor, Russia is already prepared. Has drawn up full plans of military operations with Turkey not only in Syria but also in A. The mediterranean and the Black Sea as the “front” of Armenia.
Moscow already has information on subversive actions of Turkey in the Caucasus and the Crimea, and that the Turks are trying to create internal problems in Russia using the muslim populations residing in areas, such as Dagestan or Chechnya.
All of this seems to have angered to a large extent the Russian political and military leadership which has ready all the designs neutralization of the Turkish military machine within 48 hours with the screening of all air bases of the three main Î½Î±Ï…ÏƒÏ„Î¬Î¸Î¼Ï‰Î½, the concentrations of armor.
The first phase will initially be missing bangs in the goals of the overall policy infrastructure, such as dams or plants for the production of energy.
To Iraq warns: “we Will respond ÏƒÏ„ÏÏƒÎ±Ï„Î¹Ï‰Ï„Î¹ÎºÎ¬”
Turkey, however, the “Sultan” Erdogan seems to be experiencing problems in and with Iraq.
The country’s Foreign minister, Ibrahim al Î¤Î¶Î±Î±Ï†Î¬ÏÎ¹, stated that the government of his country is determined to exhaust all diplomatic means in order to avoid further tension and crisis with their northern neighbors Turks, but leave all avenues open, even that of military action against Turkey, if not a final agreement. “If there is no other solution than military intervention, then we will be forced to adopt this option. If we are forced to fight to defend our sovereignty, then we’ll do it,” he said, making direct threats against Turkey.
Turkey withdrew a few days ago about 150 soldiers from Mosul, however, still maintains a team in the province of ÎÎ¹Î½ÎµÏ…Î¯, without to clarify how many soldiers are there and for how long he intends to maintain.
The iraqi forces have demonstrated recently the effectiveness level that you have, achieving the recovery of the city of Ramadi from the islamic fundamentalists of ISIS, after 18 months of occupation of the latter in a region of strategic importance.
Has Iraq’s military power to threaten Turkey? No. However, it has the military power to evict from their land and have something else most important: Experienced military personnel that fight for years, and a “spigot” of military procurement from Russia, which can open easily in case of a crash. 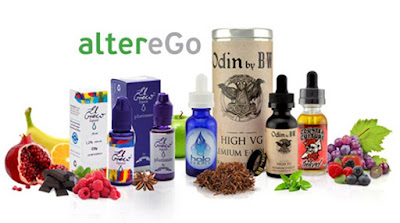 The electronic cigarette, the most effective means for the reduction of the harm from smoking, it can accompany you in all events and in all areas, since the only “residue” it leaves behind is a…
Read more “