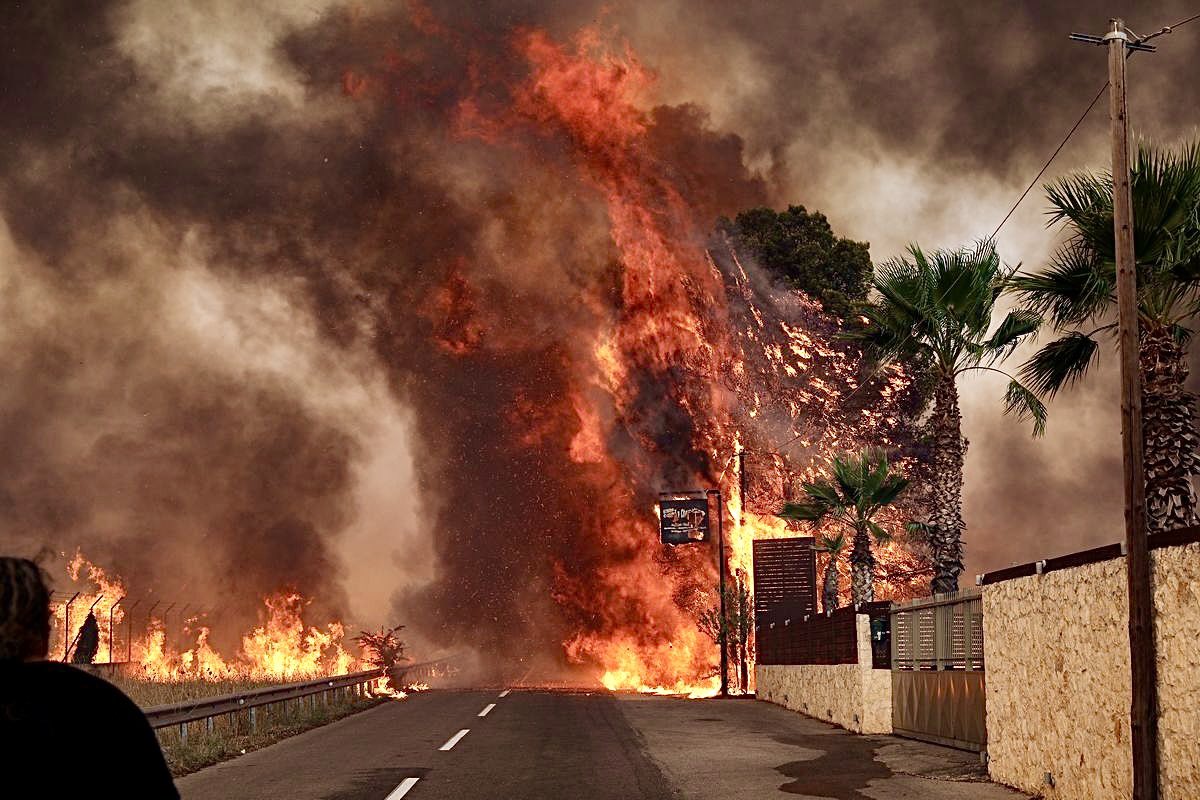 According to the information from Friday, the northern part of the fire, which was from Ippokratio Politia to Malakasa and Sfendani, is in recession, there are vehicles left to deal with the re-ignitions and at the moment there is optimism for the control of the fire.

The Deputy Governor of Attica, Nikos Peppas, spoke about a clearly better image of the fiery front. As he mentioned, the main problem at the moment is located in Thrakomakedones and Malakasa, however, as he estimates, by the end of the day the fire will have been dealt with.

After an overnight battle with the flames, the heroic firefighters, along with hundreds of volunteers, have managed to contain the fire, and the front is in decline without re-igniting the fires, especially due to the wind.

In the wider area, according to the information of the Fire Brigade, 720 firefighters are operating with 40 groups of pedestrians, 215 vehicles, the OLYMPUS Mobile Business Center, 3 aircraft, and 4 helicopters, of which 1 coordination.