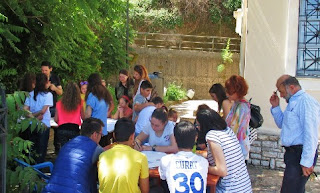 In Public Historical Library of Andritsaina was held day before yesterday the start of the ‘Summer Campaign on Reading and…
Creativity 2016′ implemented under the auspices of the National Library of Greece, and which support of sponsors such as the Association of Olympians, Association of Î‘Î½Î´ÏÎ¹Ï„ÏƒÎ¬Î½Ï‰Î½, Association of Friends of the Library Fribourg, #Î¦Î™Î“Î‘Î›Î•Î™Î‘Î·ÎµÏ‰Ï‚24 and individuals. The awareness and the help of volunteers led to the preparation of 44 events, which are aimed at children’s entertainment in the area our age 05 â€“ 15 years, through the free expression and creation .
Thursday 16 June was held the launch in the library area, which was filled with children’s smiles and Î¿ÏÎµÎ¾Î¬Ï„Î± children in the area ready to give the best of themselves and to carry out every action that was planned. The hunting of the hidden treasure was what impressed more the kids while the actions of creativity and word games caught his interest.
The staff of the Library perfectly organized this celebration for the kids, a celebration example for many other libraries in the country and at the same time call through the participation of more children from the whole of the Province of Olympia in the actions of the Library.
Last Monday 17 June was completed and the second day starting of actions with the action of the t-shirt of the explorer’, which has attracted again the interest of the children involved. 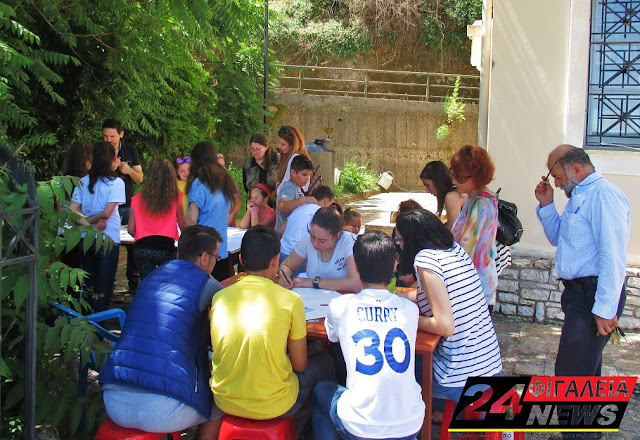