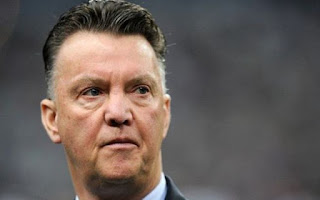 High it set the bar for this year’s season, Louis Van Chaal, which is just as well argued that his team would celebrate at the end of the conquest of the Premier League.
The Dutch specialist of the “red devils”, he met fans of United out of the “Old Trafford” and in a conversation that he had with them, and testified his faith in the team and the achievement of this year’s objectives.
“We have improved and in the end we are the champions”, said the Fan Chaal.