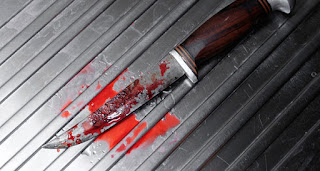 The elderly father of the stabbed in the abdomen a 31-year-old in Alexandroupolis on Sunday afternoon…
The alleged perpetrator being the father of the house, injured the 71Ï‡ÏÎ¿Î½Î¿ father, with a sharp object, in the abdominal – thoracic cavity and hands, and then fled.
After the termination of the incident, the police traced directly to the perpetrator and arrested him. The 71Ï‡ÏÎ¿Î½Î¿Ï‚ was transferred to the University General Hospital of Alexandroupolis, where and is hospitalized.
It is noted that the perpetrator has employed in the past to the police for dangerous bodily harm and violating the law on weapons, and that pending a conviction.
The arrested person was led to the ms Attorney general courts of first instance Î‘Î»ÎµÎ¾Î±Î½Î´ÏÎ¿ÏÏ€Î¿Î»Î®Ï‚, while the inquiry and acted upon the Police Department of Alexandroupoli.